Fangio not a fan of Broncos griping about boo-birds 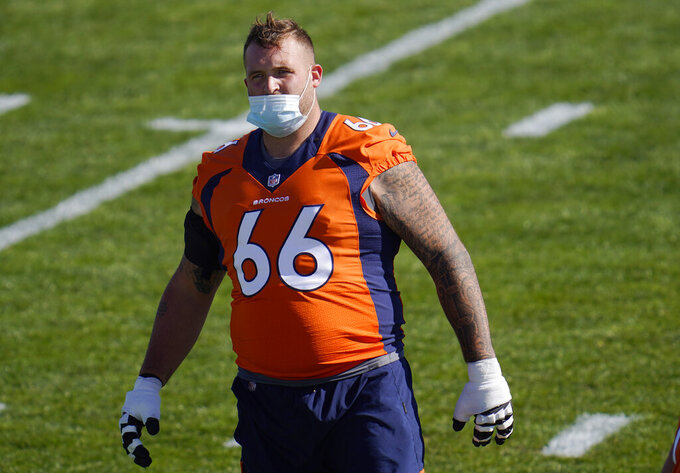 ENGLEWOOD, Colo. (AP) — Vic Fangio is a proponent of paying customers having the right to voice their displeasure with poor play, so he's not a fan of his players crying foul over the home crowds booing them last weekend.

“I wasn’t aware of them admonishing the fans,” the Broncos coach said when asked about the handful of players who complained about the boo-birds. "(But) that's just part of pro sports. Sometimes it’s harsher than others — me and my Philadelphia roots know all about that. I think it’s better left alone. The fans pay the money, they can boo if they want.”

Drew Lock, Phillip Lindsay and Dalton Risner were among the Broncos who took exception to the jeering from the sparse home crowd Sunday that turned in their favor when Denver overcame a three-TD, second-half deficit to beat the Los Angeles Chargers 31-30.

The Broncos were flirting with a franchise-worst 0-4 start at home when Lock rolled right and hit KJ Hamler with the winning 1-yard touchdown pass as time expired.

The crowd, of course, loved it.

But many of the 5,231 in attendance, which represents less than 7% capacity at Empower Field at Mile High, booed the Broncos off the field after a listless first half in which the Broncos were outscored 14-3 and outgained 250 yards to 60, including just 2 on the ground.

The jeers only got louder when the Chargers increased their lead to 24-3 midway through the third quarter and Denver's defense was in the midst of surrendering nearly 500 yards, including more than 200 rushing.

Lindsay said he realizes that if you play well your fans cheer and if you play poorly, they jeer. But he also suggested some of the booing fans were just jealous of the players.

“A lot of times they’re not good enough to play so they’re just sitting there booing,” Lindsay said. “Half the time they’re mad they can’t be out there playing.”

Like Risner, Lindsay is a Colorado native and he has a keen sense of the fans’ disappointment at the Broncos missing the playoffs every year since winning Super Bowl 50.

The Broncos have won just 30 of 71 games since winning their last championship some 57 months ago.

Lock appeared chaffed by the fans’ negative reactions as he stormed around the sideline early in the second half, and Risner was on the bench when he turned toward the crowd behind him at one point and implored fans to show some support instead of booing.

Risner said he understands fans voicing their displeasure. “But one thing I’m not OK with is getting booed off the field at our home stadium by our home fans,” Risner said on KUSA-TV’s “Broncos Huddle” on Wednesday night. “That was extremely frustrating."

“If anyone comes after me, I’ll never take it personal,” Lock said. “But the booing, in my eyes, it was booing the whole organization. You boo your best friends. You boo the guys that you see come out and who work their butts off all week, coaches, players, heads of the organization.

“And that’s when I’ll take it personal, (when) you attack the people around me," Lock said.

Even the Broncos' social media department, among the most creative in the NFL, seemed to get into the act Monday with a GIF of Lock's celebration dance following his game-winning TD toss that was captioned, “Good morning to everyone except the doubters ... you know who you are.”

Lindsay said he realizes Broncos fans just want them to get back to winning and competing for championships “but also the fans have to understand that we feed off that stuff."

The Broncos (3-4) won’t have to worry about the boo-birds at home again until Nov. 22 when they host the Dolphins. They visit Atlanta (2-6) Sunday and the Las Vegas Raiders (4-3) next week.