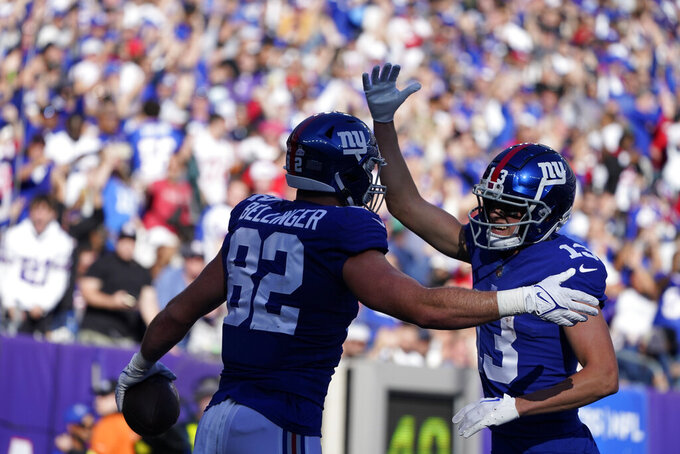 The Giants said the fourth-round draft pick was seen by an ophthalmologist Monday and he probably will need to have surgery.

Coach Brian Daboll did not know how long Bellinger will be sidelined, but he said there is a chance he can play again this season.

Bellinger was hurt in the second quarter of the Giants' 23-17 win over the Jags. He was inadvertently poked in the eye through his facemask by cornerback Tre Herndon after making a catch.

A bloodied Bellinger was carted off the field. He was examined at a hospital and was able to accompany the team back to New Jersey.

Bellinger had 16 catches for 152 yards and two touchdowns. He also ran for a TD.