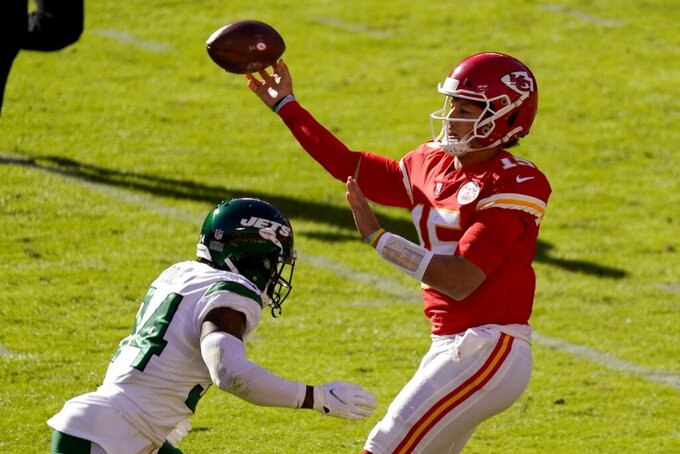 NEW YORK (AP) — Ineffectiveness and injuries caused the New York Jets to shake up their secondary.

Cornerback Pierre Desir was released Tuesday after a disappointing half season with the team, and fellow cornerback Brian Poole was placed on injured reserve with shoulder and knee injuries.

Desir was one of general manager Joe Douglas’ key offseason signings last winter when he brought the former Colts standout in on a one-year, $3.75 million deal. The 30-year-old cornerback was viewed as a starter, but struggled with hamstring issues during training camp and was then benched in the middle of the regular-season opener against Buffalo.

Desir reclaimed the starting job two weeks later and led the Jets with three interceptions, including two against Denver on Oct. 1. But he was inconsistent in coverage — with the last straw coming against New England in New York's last game on Nov. 9 when he gave up a late 31-yard catch to Damiere Byrd. Desir was pulled in favor of rookie Bryce Hall, who should see more playing time now.

The 0-9 Jets also recently released cornerback Quincy Wilson, who also struggled after being acquired in a trade from Indianapolis during the NFL draft in April. Wilson was signed Monday to the Giants' practice squad.

Poole, the Jets' starting nickel back, was hurt against New England. He has 42 tackles, two interceptions and seven passes defensed in his second season with the Jets.

With Poole out and Desir and Wilson gone, three of the cornerbacks on the Jets' active roster are rookies. Hall is a fifth-round pick out of Virginia who made his NFL debut against the Patriots after healing from an ankle injury that cut short his college career. Lamar Jackson and Javelin Guidry — who were both undrafted — are the other rookies.

New York also has Bless Austin, who has started six games this season, Arthur Maulet and Corey Ballentine, claimed off waivers from the Giants last Wednesday, at the cornerback spot.