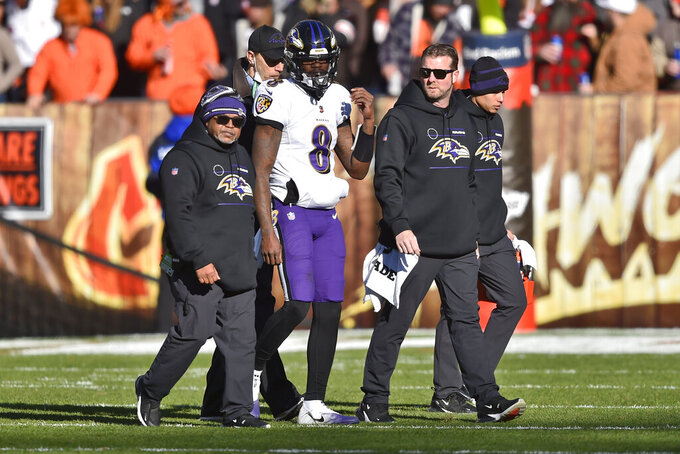 OWINGS MILLS, Md. (AP) — Lamar Jackson missed another practice for the Baltimore Ravens on Thursday because of his sprained ankle.

Jackson also missed practice Wednesday because of the ankle injury that knocked him out of last weekend's loss at Cleveland. The Ravens have remained hopeful Jackson can play Sunday against Green Bay, but he continues to miss preparation time.

Tyler Huntley relieved Jackson during the game against Cleveland, and he also guided Baltimore to a victory at Chicago when Jackson was sick.