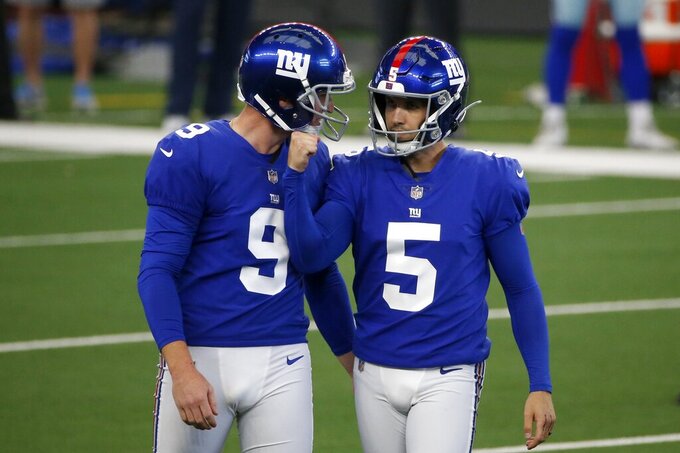 The Giants, who had a bye this past weekend, announced Monday they are starting the 21-day period to determine whether to take them off injured reserve or keep them on it for the rest of the season.

New York (3-7) also said punter Riley Dixon and long snapper Casey Kreiter were activated off the Reserve/Covid-19 list. They had been placed on it on Wednesday after having close contact with a player who tested positive for the virus.

McKinney, a safety from Alabama, broke his left foot in training camp and has not played in a game this season. Ximines hurt a shoulder against the Rams on Oct. 4.

The Giants are at Cincinnati (2-7-1) on Sunday. The Bengals lost quarterback No. 1 overall draft pick Joe Burrow to a season-ending knee injury on Sunday.