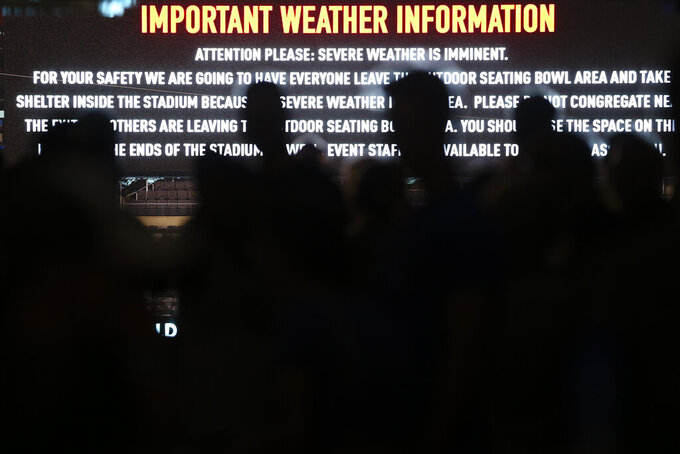 Fans take shelter from rain while play is suspended due to lightning during the first half of a preseason NFL football game between the New York Giants and the New York Jets on Thursday, Aug. 8, 2019, in East Rutherford, N.J. (AP Photo/Michael Owens)

EAST RUTHERFORD, N.J. (AP) — The Jets-Giants preseason game resumed after a 59-minute delay for severe weather that sent the teams to the locker rooms and forced fans to take shelter in the covered areas of MetLife Stadium on Thursday night.

Referee Clete Blakeman announced the delay with 1:23 left in the first quarter and severe weather imminent. Lightning flashed and heavy rain fell shortly after the suspension was announced at 7:39 p.m. EDT.

The public address system gave an all-clear announcement at 8:20 p.m. The teams came back on the field and started stretching exercises.