Taylor Decker lets off steam after return to Lions lineup 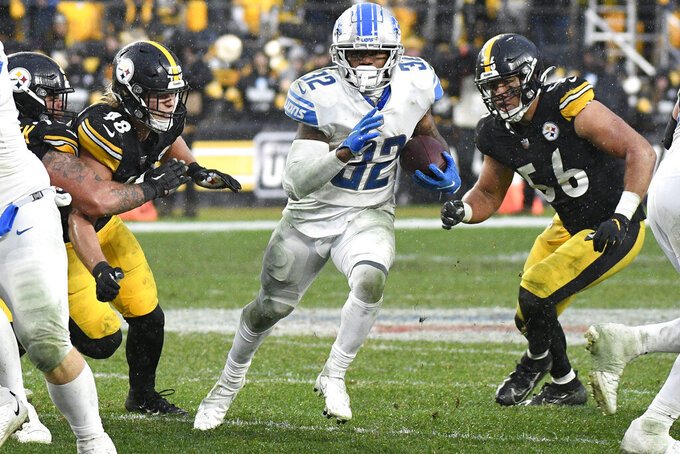 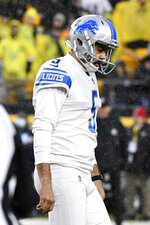 DETROIT (AP) — Detroit Lions tackle Taylor Decker was glad to have gotten back into an NFL game on Sunday.

That didn’t mean he was in a great mood on Monday, a day after the Lions finally didn't lose. They moved to 0-8-1 with a 16-16 tie against the Pittsburgh Steelers.

Decker missed the first half of the season with a broken hand and was angered by discussions on talk radio and social media that he should be traded or moved away from left tackle.

“Frankly, I feel like the narrative of negativity surrounding my name – all year pretty much – has been (crap), and I don’t think it has been deserved,” he said. “I feel like the people in this building and a lot of the fans appreciate me and what I can do for the team, but the media has been pretty negative to me.”

On Sunday, Decker showed why the Lions intend to keep him and rookie Penei Sewell, who moved from the left side back to right tackle. After struggling all season to move the ball, the Lions rushed for a season-high 229 yards and two touchdowns on a wet, sloppy field in Pittsburgh.

“Our run-game efficiency was outstanding,” Lions coach Dan Campbell said Monday. “I thought Penei looked comfortable on the right side, played fast and played physical. And it is always great to have Taylor Decker back. He stepped in and played pretty well – he was a little rusty, but you could see his presence out there.”

The offensive line didn’t have a perfect day – Jared Goff was sacked four times while only passing for 114 yards – but Decker was happy with his first game playing alongside Sewell.

“I love that kid,” he said of Detroit’s first-round draft pick. “He’s been awesome. There have been games where he’s taken his lumps, but even then, you see flashes of how good he’s going to be. He’s going to be a hell of a player for a long time.”

The Lions are still missing center Frank Ragnow the anchor of what could be an outstanding line, but getting Decker back is the first step.

The Lions put up all those rushing yards without leading rusher Jamaal Williams, who missed the Steelers game with a thigh injury. De’Andre Swift, the other half of Detroit’s two-headed running game, carried 33 times for 130 yards, and two backups played a huge role.

Jermar Jefferson and Godwin Igwebuike had 97 yards and both touchdowns on just five carries. Jefferson scored on a 28-yard run, but injured his ankle in the process. Igwebuike stepped up from his normal role as a kick returner to carry twice for 56 yards, including a 42-yard touchdown.

Goff didn’t get much help from his pass protection. He rarely had enough time to get off any long passes. But he needs to give the Lions something more. On Sunday, he had 14 completions for 114 yards, but 84 of the yards came after the catch.

That means his passes are being caught, on average, about a couple yards past the line of scrimmage. That leaves the offense with no margin for error – a big part of the reason the Lions scored 16 points in 70 minutes.

Linebacker Alex Anzalone hasn’t had a great season, struggling at times in pass coverage. But he continues to show why he’s a key to the run defense. He had nine tackles, including several with Pittsburgh in position to win the game with a field goal.

Campbell said the Lions will be looking at kickers this week after Ryan Santoso missed an extra point and a 48-yard field goal attempt in overtime. Starting kicker Austin Seibert (hip) isn’t expected to be ready for Sunday’s game in Cleveland.

4.8 – Pittsburgh’s average yards per play, the best managed by the Lions' defense all season.

Keep trying to find ways to move the ball without having to convert several third downs on every drive. The Browns are too good defensively for the Lions to beat them with a “three yards and a cloud of dust” passing attack.