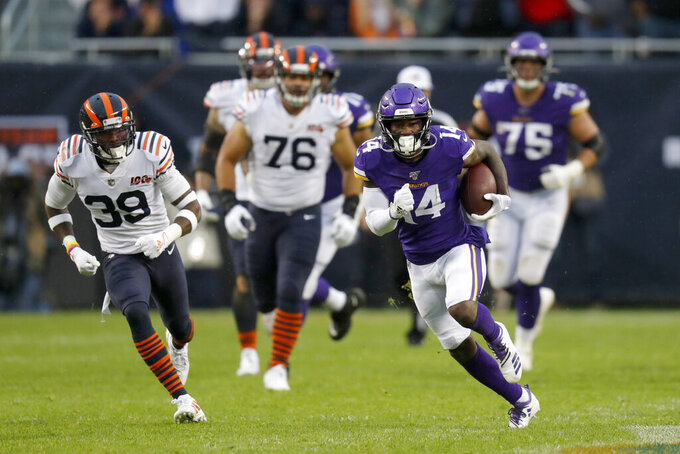 EAGAN, Minn. (AP) — The Minnesota Vikings have not committed to using disgruntled wide receiver Stefon Diggs in their next game.

After practice on Friday, coach Mike Zimmer said simply, "We'll see," when asked if Diggs would play on Sunday against the New York Giants. Diggs returned to the field with the Vikings on Thursday, after an absence on Wednesday that was labeled as "not injury related." Zimmer has declined to comment on Diggs and his dissatisfaction with the direction of the team, but the coach said on Friday that Diggs has been punished, without specifying how or for what.

Zimmer indicated that his assessment of practice performance would determine whether Diggs plays, saying the coaching staff would have to "watch the tape."