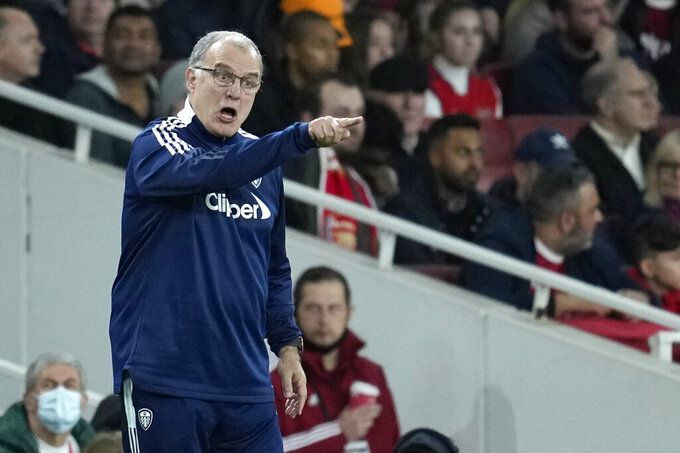 The NFL franchise first bought 15% of the team from Andrea Radrizzani in 2018 and raised it to 37% in January, during Leeds' first season back in the Premier League after a 16-year absence.

“We are delighted to see Aser Ventures strengthen their partnership with 49ers Enterprises who have clearly been impressed by the quality of the project,” Leeds chief executive Angus Kinnear said in a statement.

“Aser Ventures and Chairman Andrea Radrizzani remain unequivocally committed to the club,” Kinnear said, “whilst all those involved with the 49ers are actively working with our management team on a daily basis to help to drive us forward, putting us in a strong position to achieve our goals in the coming years.”

After a ninth-place finish last season, Leeds is just above the relegation zone with two wins from 10 games. Leicester visits Elland Road on Sunday.

Friday's announcement comes as the NFL seeks to broaden its international market. The league is currently evaluating proposals from teams bidding for exclusive marketing rights in specific international regions.

Chris Halpin, NFL chief strategy and growth officer, told The Associated Press in October that they are evaluating foreign-rights proposals from “well more than half” of the league’s teams. An announcement is planned in December with teams being granted five-year licenses taking effect in 2022.

NFL teams with links to foreign regions might be inclined to play more home games there, as the Jacksonville Jaguars have done in London.