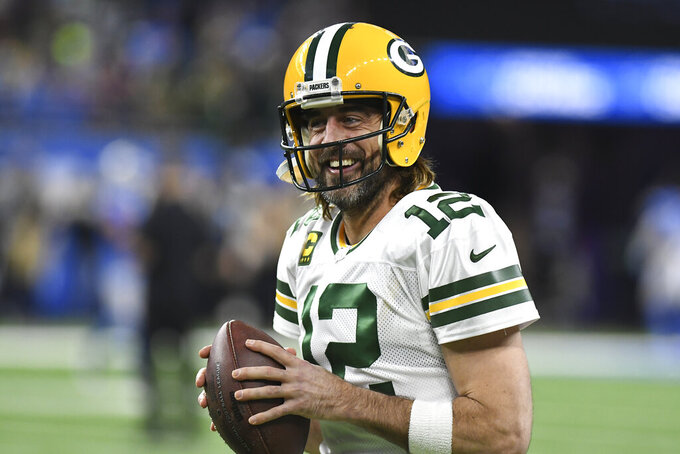 NEEDS: The Packers can breathe a little easier heading into free agency now that MVP quarterback Aaron Rodgers has signed a contract extension. The Packers also placed a franchise tag on All-Pro wide receiver Davante Adams to keep him from becoming an unrestricted free agent. But the Packers still have an unsettled situation at receiver because of the possibility Valdes-Scantling, Lazard and St. Brown could depart. The Packers would love to hang on to Campbell and Douglas but might not be able to afford them. Campbell and Douglas had breakthrough seasons as first-year Packers in 2021, with Campbell earning All-Pro honors and Douglas delivering numerous big plays. Complicating matters is the Packers' cap situation. The Packers have tried to address that by releasing OLB Za'Darius Smith and OT Billy Turner and extending or restructuring the contracts of a number of veterans.