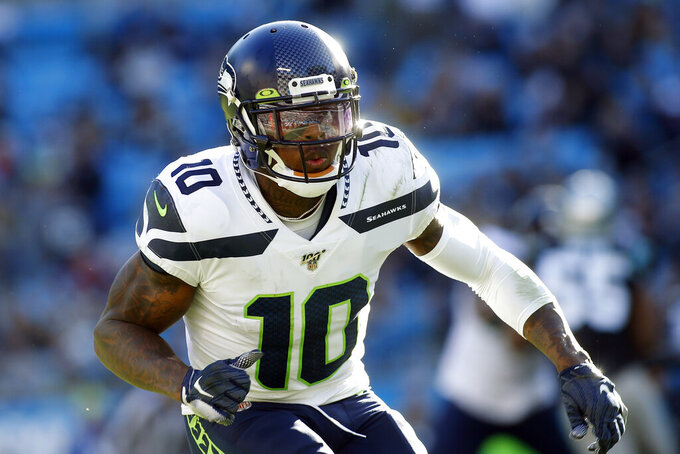 KANSAS CITY, Mo. (AP) — The Kansas City Chiefs are adding Josh Gordon to their 53-man roster and the wide receiver, who was just reinstated by the NFL last week, is expected to play in Sunday night's AFC title game rematch against the Buffalo Bills.

The Chiefs signed Gordon, who had finished his sixth suspension for violations of NFL policies, to the practice squad last week with the assumption that he would join the active roster when he learned enough of the playbook.

“I'm just going to see how he does this week and talk to him,” Chiefs coach Andy Reid said Monday, when asked whether Gordon would play against the Bills.

“We'll just see kind of where he's at and how he's feeling. There's a chance, but there's a chance he's not also. I'm just going to play it by ear and see how he feels.”

The Chiefs have a robust offensive playbook and it can take an entire season to learn, but Gordon wouldn't need to know all of it. He would only need to understand a designated package of plays to be able to contribute.

“It's really more of a comfort thing with the offense,” Reid said. “I don't want to put him in a bad situation out there.”

Gordon gives the Chiefs an element they've been lacking in their dynamic offense: a big, athletic wide receiver who not only provides a downfield option but help in the red zone. He led the league with 1,646 yards receiving in 2013, when he was an All-Pro with Cleveland, and he showed flashes of the same ability during brief stops in New England and Seattle.

The question is whether the 30-year-old Gordon can avoid the drug issues that have derailed his career.

“Oh man, he's going to help tremendously,” Chiefs wide receiver Tyreek Hill said. "I feel like adding another veteran like that who’s played in this league for a long time is crazy. He’s definitely going to add another value to this team.

"I actually told him, ‘When you played for the Browns, I was just graduating high school.’ That’s crazy, right?”

“(Gordon) is going to be a guy that even if he's covered, he's not covered,” Chiefs quarterback Patrick Mahomes said. “You can kind of throw it up there and he can make plays. But I'm excited to work with him. I've talked to him a little bit here now and he seems like a great dude that wants to come and work, so we'll see as he gets out here on the practice field how he can help us as an offense.”