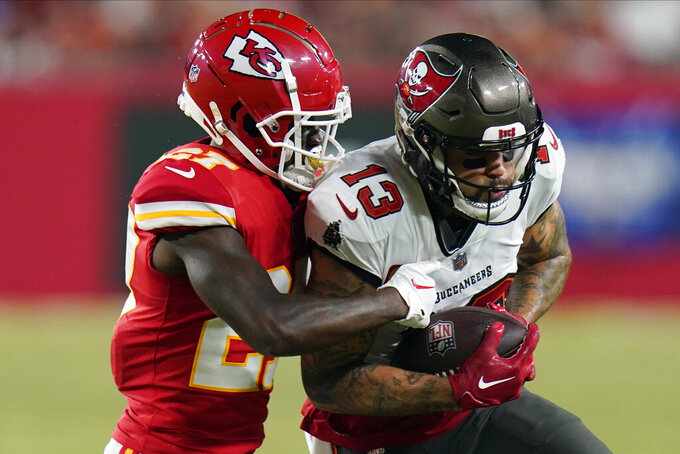 FLOWERY BRANCH, Ga. (AP) — The Atlanta Falcons, in need of depth at cornerback, acquired Rashad Fenton from the Kansas City Chiefs for a 2023 conditional seventh-round pick before Tuesday's trade deadline.

Falcons cornerback A.J. Terrell missed Sunday's 37-34 overtime win over Carolina with a hamstring injury. Casey Hayward, who opened the season with Terrell as the starting cornerbacks, is on injured reserve with a shoulder injury.

Fenton was a sixth-round pick from South Carolina in 2019. He has started 16 of 47 games played over his four seasons and has 117 total tackles with 20 passes defensed, two interceptions and one forced fumble.

The Falcons announced the trade.

Fenton has 24 total tackles while starting five games this season.

The Falcons on Tuesday also traded safety Dean Marlowe to the Buffalo Bills for a 2023 seventh-round draft pick.