Joseph, Chargers looking ahead to challenges against Broncos 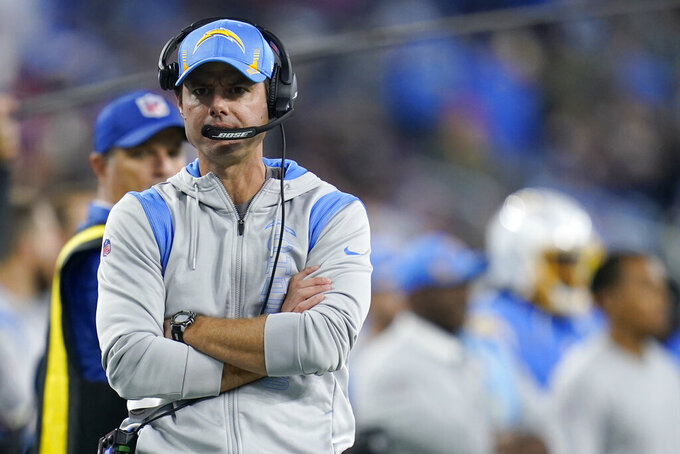 COSTA MESA, Calif. (AP) — Linval Joseph and the Los Angeles Chargers have tried to put last week's 41-29 loss at Houston behind them as quickly as possible. With their postseason hopes on the line and facing Denver on Sunday, they have no other choice.

That's because the Broncos beat the Bolts 28-13 on Nov. 28 in the same manner that Houston did — a steady running attack and converting on third down. Denver rushed for 147 yards, averaging 4.5 yards per carry, and was 8 of 11 on third downs.

Denver's Melvin Gordon, who played five seasons for the Chargers before heading to the Broncos in 2020, had 83 yards and rookie Javonte Williams had 111 scrimmage yards (54 rushing, 57 receiving).

The Chargers have the league's fourth-worst run defense, allowing 140.3 yards per game. Houston rushed for 189 yards last week, marking the fifth time this season Los Angeles has allowed at least 180.

While the Chargers were short-handed on defense last week, they could be getting most of their players out of COVID-19 protocols in time for Sunday. Linebacker Joey Bosa was activated on Wednesday and defensive end Justin Jones came off the list on Tuesday. Cornerbacks Chris Harris Jr. and Michael Davis as well as safety Nasir Adderley are the other defensive starters who remain in protocols.

Safety Derwin James, who has missed two of the last three games due to a hamstring injury, participated in team drills on Wednesday for the first time in three weeks.

“It’s been a fight for us on defense. Some games, we’ve performed better than others," coach Brandon Staley said. “I still think that our best is out there, as a team. I’m hoping that we can get as many of our guys to joined up as possible because I know what it looks like when we have a group out there that’s healthy.”

The Chargers (8-7) went from the sixth seed and a wild-card spot to ninth and on the outside looking in after the loss to the Texans. However, Miami, which holds the final playoff spot, faces Tennessee and No. 8 seed Baltimore hosts the Los Angeles Rams this week.

Joseph has first-hand experience though being on teams that catch fire at the end of the season and ride that momentum through the playoffs. He was on the New York Giants in 2011 when they were 7-7 before winning six straight games, including the Super Bowl over the New England Patriots.