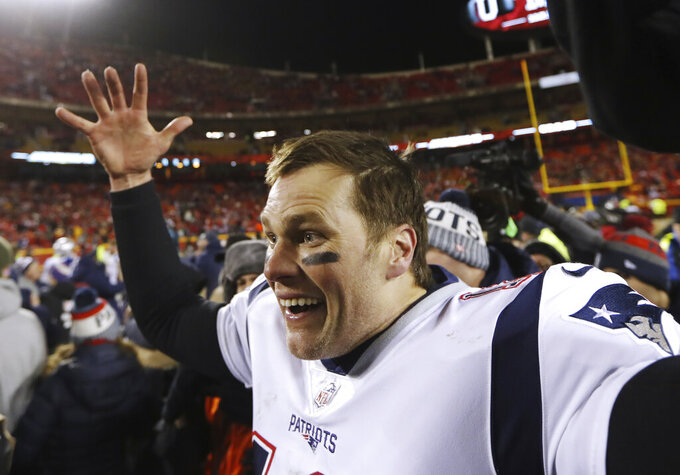 KANSAS CITY, Mo. (AP) — NFL security is investigating whether a fan attempted to shine a laser into the face of Patriots quarterback Tom Brady during their AFC championship game victory over the Kansas City Chiefs on Sunday night.

Local television stations posted footage Tuesday that showed a green light flashing on Brady late in the Patriots' 37-31 overtime victory. At least two instances occurred on their go-ahead drive in the fourth quarter, including a crucial 25-yard pass to tight end Rob Gronkowski.

Laser pointers are banned at most sporting events because of the potential for distraction and safety reasons. The light can damage the retina in the eye after even a short period of time.

The NFL has dealt with the issue in the past, including a Monday night game in Mexico two years ago in which then-Texans quarterback Brock Osweiler was caught in the eye multiple times.