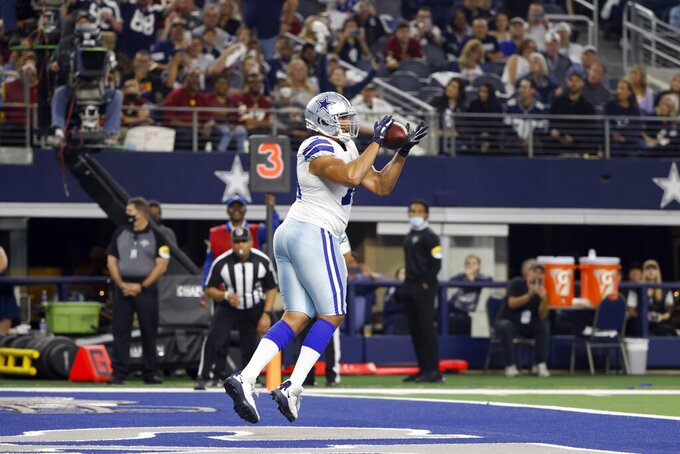 Two wins away from securing home-field advantage in the NFC playoffs, the Packers maintained their hold on the top spot for the latest AP Pro32 poll.

The Packers earned 10 of the 12 first-place votes for 382 points in balloting Tuesday by media members who regularly cover the NFL.

The Packers are No. 1 in the poll for the third consecutive week. They host the division rival Minnesota Vikings on Sunday night.

“The Packers held off a stubborn Browns team at home, a second straight week where they nearly blew a comfortable lead,” Newsday’s Bob Glauber said.

“A warning sign of future issues? Let’s just call it something to keep an eye on. Aaron Rodgers & Co. are still in control of the top seed in the NFC.”

The AFC West champion Kansas City Chiefs, who have won eight in a row, earned the remaining two first-place votes and remained at No. 2.

The Chiefs will look to extend their winning streak to nine as they head to Cincinnati to take on the Bengals, who moved up four spots to No. 9 in the poll.

The NFC East champion Dallas Cowboys, who dominated Washington on Sunday night, gained two spots to move to No. 3.

The NFC South champion Tampa Bay Buccaneers slipped a spot to No. 4 despite routing Carolina on Sunday.

The Los Angeles Rams also fell one place after a win as they are at No. 5 after edging Minnesota.

The Tennessee Titans gained three spots to No. 6 after rallying past the San Francisco 49ers on Thursday. The Titans host the Miami Dolphins in Week 17 in a key game for both teams.

The Buffalo Bills moved up three places to No. 7 after topping the New England Patriots in Foxborough on Sunday to give them the edge in the AFC East race. The loss, the second in a row for the Patriots, dropped them to No. 10.

The Indianapolis Colts remained at No. 8 in the poll despite topping the Arizona Cardinals on Christmas. The Colts' playoff drive hit a snag on Tuesday when quarterback Carson Wentz was placed on the COVID-19 list. Wentz, who is unvaccinated, could miss Sunday's key game against the Las Vegas Raiders.