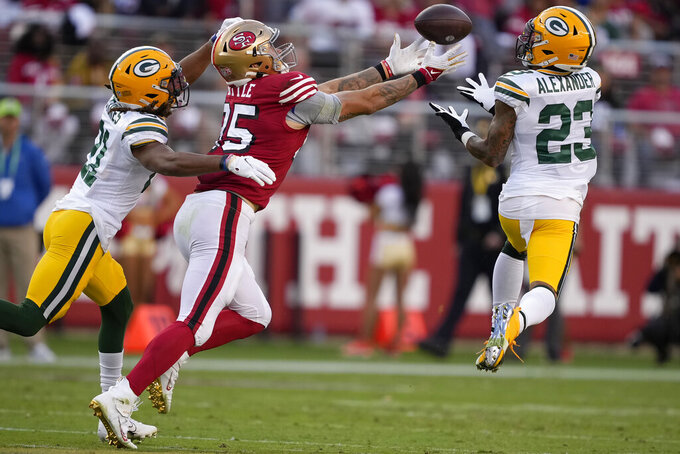 GREEN BAY, Wis. (AP) — The Green Bay Packers have placed Jaire Alexander on injured reserve, sidelining the cornerback for at least the next three games.

The Packers announced the move Saturday.

Alexander hurt a shoulder Sunday in a 27-17 victory over the Pittsburgh Steelers. Packers coach Matt LaFleur said Friday he was hopeful that Alexander will avoid surgery and could “be back with us in a matter of weeks.”

The injury leaves the Packers (3-1) without their best cornerback. Alexander made the Pro Bowl and earned second-team honors in All-Pro balloting last season.

In other moves, the Packers activated defensive lineman Tyler Lancaster from the reserve/COVID-19 list and elevated guard Ben Braden and wide receiver Equanimeous St. Brown from the practice squad to their active roster for Sunday’s game at Cincinnati (3-1).