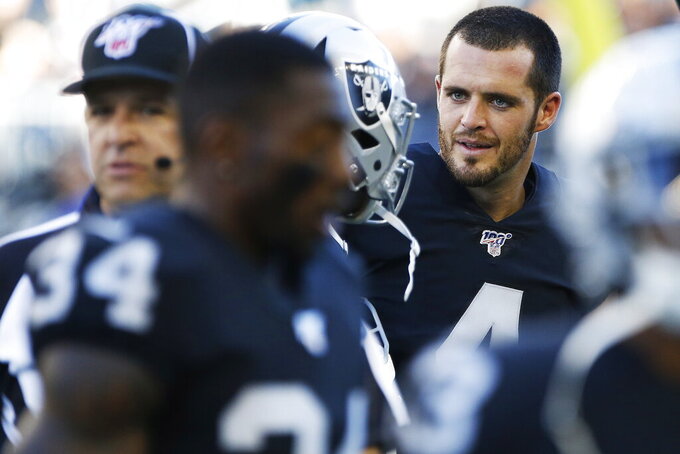 WINNIPEG, Manitoba (AP) — The Oakland Raiders and Green Bay Packers are playing their exhibition game in Canada on a shortened field out of concern for the safety of the players.

The game in Winnipeg on Thursday night is being played on an 80-yard field with the goal lines starting at the 10-yard lines and no kickoffs. Teams are receiving the ball at their 15-yard line, which is located at the normal 25-yard line.

The NFL said the field passed inspection on Wednesday, but both teams had concerns about the condition of the end zones, where the goal posts for CFL games are usually located.

That led to the decision to shorten the field.

Both teams held out almost all of their starters with the Packers announcing that 33 players weren't playing, including quarterback Aaron Rodgers. The Raiders had been planning to sit quarterback Derek Carr and most starters even before the problems with the field.

"Never in my life, ever, have I played on an 80-yard field," said Raiders linebacker Tahir Whitehead, who was one of the starters held out of the game. "It's kind of weird just watching it."