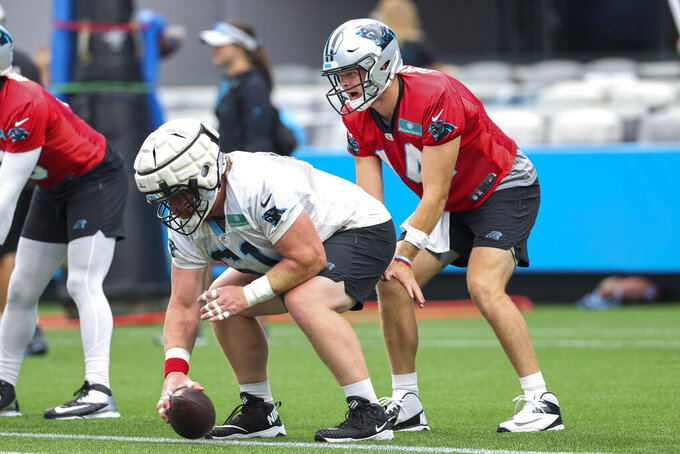 “It liked it,” Panthers running back Christian McCaffrey said. “I’m excited for it.”

The Panthers took their annual break from training camp at Wofford College in Spartanburg, South Carolina, to make the 90-minute trek home for a one night practice at the team’s stadium. Panthers coach Matt Rhule encouraged players to take it easy during the two-hour practice until they felt comfortable on the surface.

“Anytime something is new you want to make sure guys have the right cleats and guys check it out,” Rhule said. “For the first time being on it I think it is in really good shape. I think it will compact some more and that is part of the normal process. I know it tested well when they tested it. Obviously having no injuries on it was great.”

Seventeen of the NFL's 32 team play on some sort of natural surface, while 15 play on artificial turf.

It’s the first time the Panthers have played on an artificial surface at Bank of America Stadium since it opened in 1996.

Panthers owner David Tepper made the decision to rip up the grass field and replace it with FieldTurf earlier this year with Charlotte's new expansion Major League Soccer team set to begin next year.

In addition to the 30 MLS games a year, the stadium plays host to a few college football games every year including Clemson-Georgia and Appalachian State-East Carolina in September and the ACC Football Championship in December. The stadium also plays host to concerts with the Rolling Stones and Elton John among the highlight acts.

“We took it kind of easy just to get our feet under us and get used to the surface,” McCaffrey said.

Typically most players prefer grass field because of player safety, but McCaffrey said “it is what it is.”

Tepper felt the that natural grass would be too hard to maintain if they continuously re-sod it given the amount of events.

Carolina's stadium’s grass surface had been regularly among the tops in the NFL in surveys surveys compiled by the NFL Players Association. The players’ union has been opposed in the past to artificial surfaces, saying natural grass is better for players' safety.