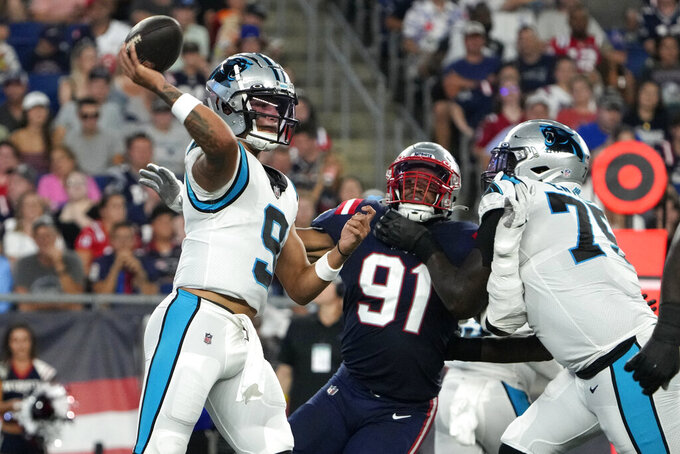 NFL teams are allowed to bring back up to eight players from injured reserve this year once the season starts after they miss a minimum of four weeks.

However, according to the Panthers, Corral's injury would have made a comeback this season unlikely and they decided to shelve him for the season.

Baker Mayfield will be Carolina's starting quarterback with Sam Darnold serving as the backup. It's unclear if the Panthers will keep more than two quarterbacks.

Corral is still deciding whether or not to have surgery on the torn Lisfranc ligament.

The Panthers traded up to get Corral in the third round of the NFL draft. This was expected to be a developmental year for the Mississippi product, but now Corral will have to learn by watching other quarterbacks.

The Panthers also placed cornerback Duke Dawson (groin) on IR and waived tight end Jared Scott to get their roster down to 80 players.