Patriots trade out of 1st round, could make 5 picks on Day 2 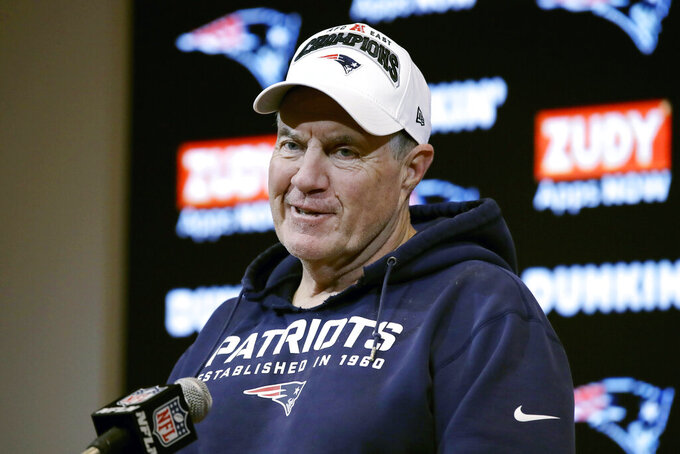 BOSTON (AP) — The word for the Patriots on Day 1 of the NFL draft was patience.

New England opened its first draft since the departure of quarterback Tom Brady by trading out of the first round Thursday night, sending the 23rd overall pick to the Los Angeles Chargers in exchange for the 37th (second round) and 71st (third round) selections.

It marked the 13th straight year the Patriots have made a deal to move down on the draft board.

New England now has 13 total draft picks and could make as many as five picks on Day 2. It addition to the picks it received from the Chargers, the Patriots also hold the 87th, 98th, and 100th overall selections of the third round.

Patriots director of player personnel Nick Caserio said moving down into the second round “just made sense” and wasn’t necessarily based on the unavailability of any players.

“It puts us in a position to pick in the top of the second round with four thirds,” he said. “I’m sure we’ll be active tomorrow.”

The high number of picks will give them many options to fill holes on both sides of the ball.

Caserio likened the position they're in to 2009, when the Patriots selected four players in the second round, including current starting safety Patrick Chung. They also got receiver Julian Edelman in the seventh round that year.

Brady deciding to end his 20-year tenure in New England to sign with Tampa Bay is by far the Patriots’ biggest offseason development.

New England had a chance to snag players at both quarterback and linebacker at No. 23, passing on available big-name prospects such as Murray and Utah State quarterback Jordan Love (taken by the Packers at No. 26).

The fact that Patriots passed on Love may be the clearest sign yet that coach Bill Belichick is content to enter the season with second-year quarterback Jarrett Stidham as the front-runner to be the 2020 starter.

Still, Caserio said it didn't rule out selecting a quarterback at some point over the next two days,

“We’ll have to kind of take it pick by pick here," he said.

The trade with the Chargers will also give the Patriots a chance to improve upon some recent missteps in the second round.