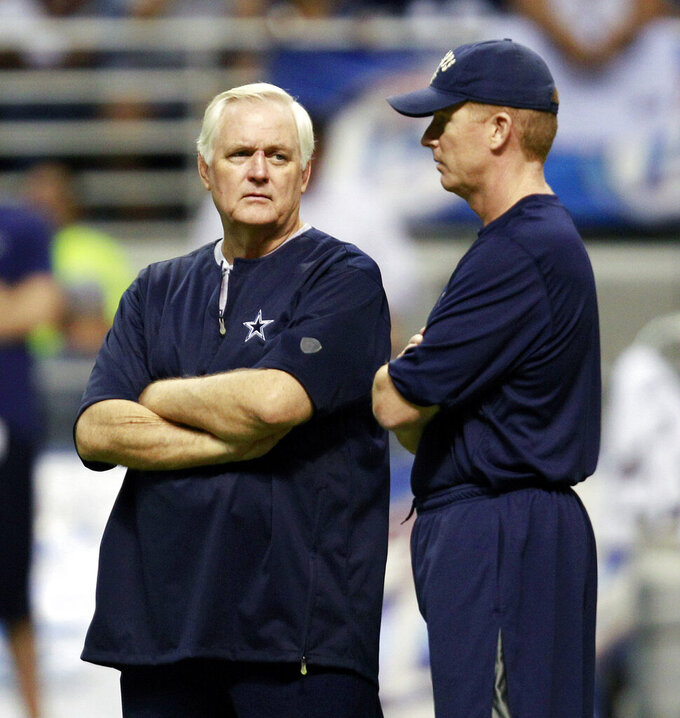 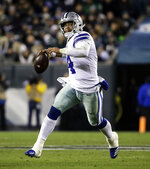 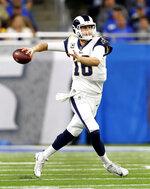 LOS ANGELES (AP) — As if the pressure of playing for the Los Angeles Rams' first playoff victory in 14 years wasn't enough, Todd Gurley carries an extra imperative into the Coliseum on Saturday night.

"Basically, everybody I know hates the Cowboys," the Rams' All-Pro running back said. "They've been hitting me up all week, so I've got to try to take care of business for those guys."

And then there's Wade Phillips, the 71-year-old Los Angeles defensive coordinator who was fired as Dallas head coach in 2010 and replaced by his assistant, Jason Garrett. With a straight face, Phillips calls the divisional playoff showdown "a revenge game for me."

The Cowboys (11-6) inspire strong feelings across the football world, but these Rams (13-3) are just joking around. Their ability to do so indicates they're not feeling crushed by the extraordinary weight on both teams in this matchup under the Hollywood spotlight.

A trip to the NFC championship game is more than enough motivation for two franchises that haven't been that close to a Super Bowl in many years.

"It's a prime-time game in the playoffs," Gurley said. "What better game would you want? Playoff game in LA versus America's Team. It's going to be a great matchup."

Dallas has won three playoff games in 22 years, and it hasn't won a road playoff game since January 1993. The Cowboys haven't reached the NFC title game since the 1995 season, losing five straight times in the divisional round.

"Yeah, it would mean a lot," Dallas quarterback Dak Prescott said. "And more than what it means for the past, but because of this group of guys that I'm going to do it with. Just simply how we've been able to persevere (through) all the adversity and everything that we've been through together, off the field, on the field. I just know we've got the right guys to do it."

The Rams haven't been in a conference championship game since the 2001-02 season, and they only ended a 12-year playoff drought last January with a home loss to Atlanta in the wild-card round. Coach Sean McVay's incredible turnaround of his franchise has inspired a wave of copycat coaching hires across the NFL this month, but McVay knows it doesn't mean much without his first playoff victory.

The matchup also showcases two of the best young quarterback-running back combinations in the league. Prescott and Ezekiel Elliott are the heart of a team that has won eight of its last nine games since trading for receiver Amari Cooper, capped by Dallas' gritty victory over Seattle last week in the wild-card round.

Jared Goff and Gurley make it happen for the Rams, who rolled to an 11-1 record with a nearly unstoppable offense. Losses to the Bears and Eagles in December raised questions about their run defense and offensive line, but McVay's team is rested and determined to make a Super Bowl run .

"I think there's a confidence that's been earned," McVay said. "We have a lot of respect for the Dallas Cowboys, but we expect to win this game. We know it's going to take a great effort, but we're going in with the mindset and mentality that we expect to win. I think that confidence is something that's been earned every day by our players, and then we've got to go out and prove it."

Here are more things to watch in these NFC mainstays' ninth playoff meeting — the most in NFL history — but their first since January 1986 in Anaheim:

The matchup will be a showcase for arguably the NFL's top two running backs — as long as Gurley's balky knee is good. Gurley hasn't played since Dec. 16, but McVay has seemed certain he'll have his offensive centerpiece at full strength. Gurley finished third in the NFL rushing race behind Elliott, who won his second title in three years. Gurley hesitated to say whether he'll be limited, but backup C.J. Anderson had two huge games in his absence.

Dallas receiver Cole Beasley and tight end Blake Jarwin didn't practice all week because of ankle injuries. Beasley was limping badly at times against Seattle. Jarwin, who had three touchdown catches in the regular-season finale against the New York Giants, was getting more playing time because of a season-ending injury to Geoff Swaim. Guard Xavier Su'a-Filo returned to practice after sitting against the Seahawks with an ankle injury. If the UCLA product is able to play, Dallas will have to decide between him and rookie Connor Williams at left guard.

Goff will be tested by Dallas' defense, which has one of the NFL's best collections of linebackers and backs. The Pro Bowl quarterback's production and effectiveness slipped in December when opponents increasingly refused to bite on McVay's play-action schemes, and Dallas' defense also has enough talented pass rushers to apply pressure. Goff realizes he'll be judged on his ability to answer the challenge. "Winning is the most important stat, and that's no different in the playoffs," he said.

Speaking of Goff, Cowboys defensive end DeMarcus Lawrence had a little fun when asked his impressions of his fellow Pro Bowler: "He's a quarterback. I don't like quarterbacks." Lawrence had his second straight double-digit season in sacks with 10 ½, but he finished well behind the NFL leader, Los Angeles All-Pro Aaron Donald (20 ½).

After last January's loss to the Falcons, the Rams bolstered their defense with three prominent veterans eager for postseason success. Defensive tackle Ndamukong Suh is hoping for his first playoff victory after going 0-3 with Detroit and Miami, while cornerback Marcus Peters will attempt to reach his first conference title game after losing his last three playoff games with Kansas City. Cornerback Aqib Talib won a Super Bowl ring with Denver, and he feels a similar vibe in the Rams' locker room. "Everybody knows it, so I don't have to tell them," Talib said. "If you want (your team) to be popular and get your name out there, make a couple of plays in the playoffs."

By Dan Greenspan 38 minutes ago
By Alanis Thames an hour ago
By W.g. Ramirez 2 hrs ago
By Rob Maaddi 2 hrs ago
By The Associated Press 3 hrs ago