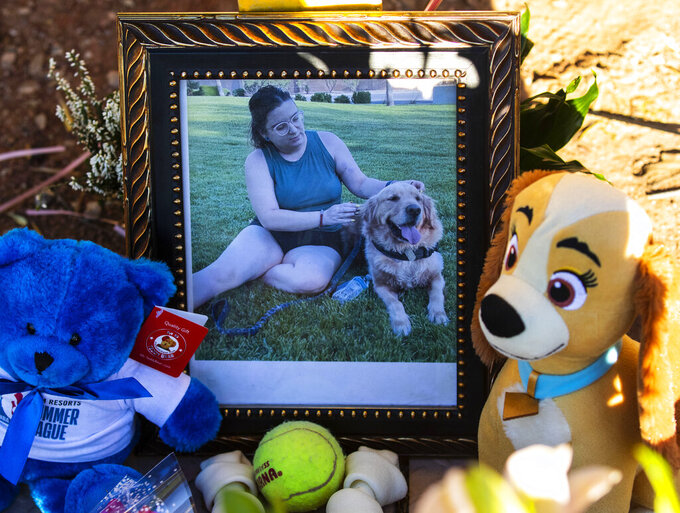 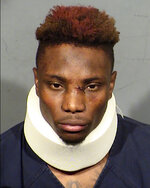 Ruggs, 22, is accused of causing the pre-dawn crash by driving drunk at speeds up to 156 mph with his girlfriend in his Corvette sports car. The team released him hours after the crash.

Raiders owner Mark Davis was seen among more than 100 people entering the Thursday funeral for the woman who died, Tina Tintor, at St. Simeon Serbian Orthodox Church in Las Vegas. A private burial followed at a Las Vegas cemetery.

Tintor, 23, emigrated from Serbia when she was a child, graduated from a Las Vegas high school and worked at a Target store. A friend told reporters last week that Tintor wanted to become a computer programmer and was close to obtaining her U.S. citizenship. Her dog, Max, also died in the crash and fire.

“Firemen did not attempt to extinguish the fire at Ms. Tintor’s vehicle for approximately 20 minutes at which time the entire vehicle was engulfed in flames,” defense attorneys David Chesnoff and Richard Schonfeld said in a Wednesday court filing that does not identify their witness.

The attorneys seek a court order to obtain Clark County Fire Department records about the pre-dawn Nov. 2 crash and fire. A Nov. 17 court hearing was scheduled.

A county spokesman, Erik Pappa, said in a statement Thursday there were “no delays in response or in the attack on the fire.”

"The captain on the scene reported that the vehicle was fully involved in fire upon arrival and the passenger compartment was not survivable for anyone inside,” the statement said.

Chesnoff and Schonfeld declined additional comment about their Wednesday request for a subpoena for fire department records. Chesnoff called the effort part of their own crash investigation. The witness told the attorneys he was at home nearby when he heard the crash and went to look.

Firefighters were “in a position to extinguish the vehicle fire while it was in its infancy stages and failed to do so,” the court filing said.

Chesnoff and Schonfeld appeared in court on behalf of Ruggs. They asked the judge to block release of Ruggs' medical records to prosecutors. Ruggs did not appear in person. A judge set a Dec. 16 preliminary hearing of evidence to determine whether he'll face trial in state court.

Ruggs and Kiara Je’nai Kilgo-Washington, his girlfriend, were both hospitalized following the crash. Prosecutors said Ruggs suffered a leg injury and Washington underwent surgery for an arm injury.

Ruggs has posted $150,000 bail and is on house arrest with strict conditions including four-times-a-day alcohol checks while the case proceeds.

Records show he owns a $1.1 million home not far from where the crash occurred.

He was picked 12th overall in the 2020 NFL draft after three years at Alabama during which he helped the Crimson Tide win the 2017 NCAA championship.

Ruggs had been emerging as a star wide receiver for the Raiders this season.