We love LA: Could two LA teams meet in the Super Bowl? 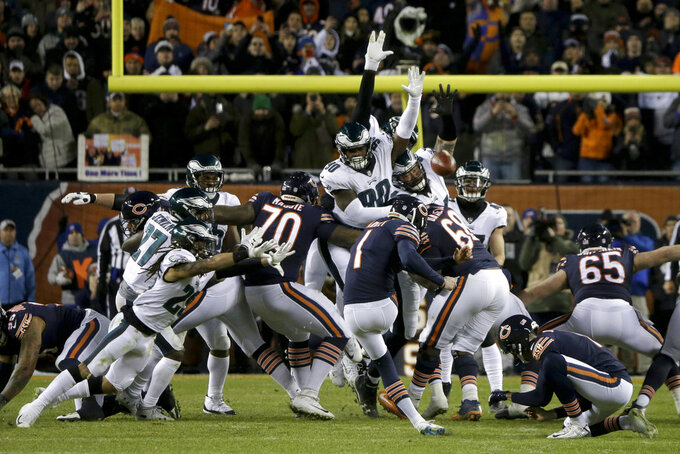 The miss by Bears kicker Cody Parkey won't be easily forgotten in Chicago, but at least Parkey isn't alone. PodcastOne Sports Now co-host Jim Litke tells the story about the snapper for the New York Giants in a wildcard game and reminds listeners about Tony Romo's fumble of an extra point snap that cost the Cowboys their first playoff win in two decades.

Litke and co-host Tim Dahlberg discuss how kickers are so expendable, and yet so vital in a league that doesn't seem to value them nearly enough. Sadly, Litke said, Parkey's missed kick will live in Chicago lore much like Steve Bartman's attempted catch and the goat that caused so much grief at Wrigley Field.

AP Sports writers Dave Skretta, Kyle Hightower and Brett Martel weigh in on the chances the teams they cover will win going forward, with Skretta saying that the mood in Kansas City is not one of optimism despite the Chiefs riding so high this year. Dahlberg, meanwhile, thinks there will be two Los Angeles teams in the conference championships this season — and possibly in the Super Bowl itself.

Litke and Dahlberg also debate whether the New Orleans Po' Boy is better than the Philly cheesesteak and the two discuss grilling meat in the cold of winter.