On Football: About those rising NFL teams, never mind. 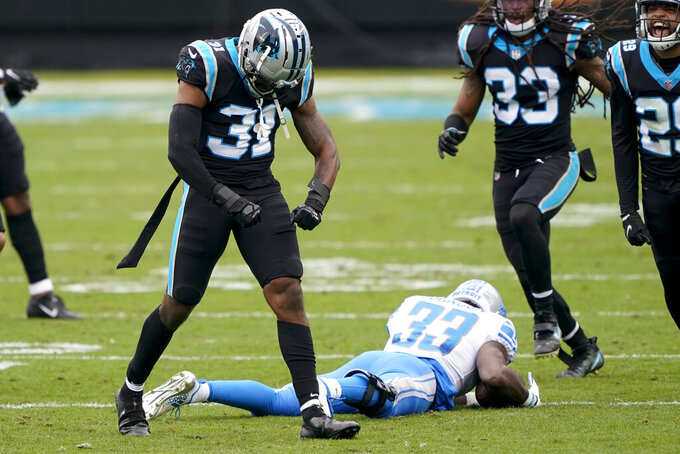 Mediocrity is mediocrity. You can’t hide it, especially in the NFC East, where being mediocre is a compliment.

This, however, isn’t about those weaklings. It’s about teams many thought might be making moves toward relevance in the standings: New England, Minnesota, San Francisco, Chicago. Maybe even Detroit and Atlanta.

Thanksgiving week is here, which means the stretch run to the playoffs is at hand. Even with the extra wild card in each conference, it's a pipe dream to rely on those half-dozen teams.

Neither the 49ers (4-6), the most injury-ravaged team in the NFL, nor the Bears (5-5), the most offensively inept, played this week. Barring almost inhumanly quick health improvement for San Francisco, it won't come close to defending its NFC title, particularly in the NFC West, where everyone else decidedly isn't mediocre.

As for Chicago, it's not unreasonable to see the Bears go from 5-1 to the bottom of the NFC North, which other than Green Bay decidedly is mediocre.

New England might be the most disappointing of these underperformers, though losing the main reason it won six Super Bowls, Tom Brady, is significant enough to cause a major step backward.

Those who believed the Patriots were progressing after a down-to-the-wire win over the winless Jets and a home victory in nasty weather against a now-slumping Baltimore can't be buoyed by Sunday's defeat at Houston. Yes, a Texans club whose only two previous victories were over the second-worst team in the league, Jacksonville.

“It’s disappointing, but we’ll turn the page here and move on,” New England coach Bill Belichick said. “(I) still have a lot of confidence and belief in the team. If we just do things a little bit better, then the results will be different and better. But, I don’t know, we just couldn’t do it today.”

Nor on many other days in a 4-6 campaign.

Then there are the Vikings, who started 1-5 before they won three straight division games. A home victory over the struggling Cowboys could have established Minnesota's place in the playoff chase. Instead, inconsistency on both sides of the ball led to an ugly loss.

“There are positives to point to," quarterback Kirk Cousins said, "but ultimately when you don’t win, you leave the stadium feeling sick to your stomach.”

Then there are the Falcons and Lions, really outsiders to join in the postseason chase even before Sunday. Atlanta had won three of four under interim coach Raheem Morris after an 0-5 start. So it lost to a quarterback making his first NFL start, Taysom Hill, and the Saints, in a relative blowout. The Lions were even worse, getting blanked for the first time in 11 years at Carolina, which broke a five-game slide using a QB also in his first NFL start, P.J. Walker.

Hill mainly has been a special-teamer and Walker's last start was in the XFL.

“We have really good guys here,” embattled Lions coach Matt Patricia said when asked if he feels as though he’s losing the locker room. “We have guys who are fighting every day and working really hard. That’s the one thing – I just love this locker room. These guys are strong; they want to win. They’re trying to compete. They’re trying to do everything right.”

Maybe they are just too mediocre to achieve that.

Also stumbling in Week 11 was Miami, which had won five straight but lost at Denver. The Dolphins' defense is for real, and they are well coached. But they lack maturity.

That said, they seem much more solid than the collection of current pretenders mentioned above.

Finally, there's the case of the Cleveland Browns, who are 7-3 and quite possibly headed to 10 or 11 victories and ending the league's longest playoff drought — since the Browns' only such appearance during their reincarnation, in 2002.

Philadelphia, one of those NFC East weaklings, pretty much handed the Browns their win Sunday. Other than taking down Indianapolis before the Colts began their turnaround, Cleveland has beaten the dregs of the NFL: Cincinnati twice, Washington, Dallas, Houston and Philly. None of those teams has won more than three times in 2020. The losses were against Pittsburgh, Baltimore and Las Vegas — all legit.

Ahead for the Browns are Jacksonville, the Giants and Jets, which all should be wins. Plus Tennessee, Pittsburgh and Baltimore, which based on the Browns' track record, figure to be losses.