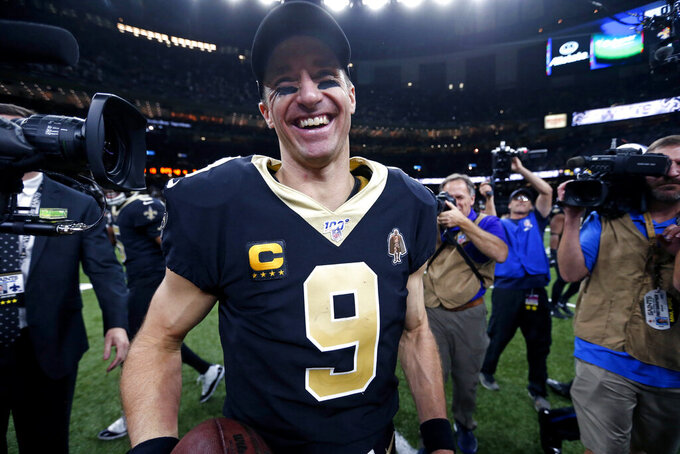 The NFL is now allowing teams to announce free agent signings, after a few days of keeping things unofficial because players can’t travel for physicals.

That’s good for players and it’s good for the league. Fans have something to talk about, and players have some certainty about where they might be playing and how much they’ll be making when and if the 2020 season begins.

The optics, though, are a bit disconcerting.

Go ahead and make the deals, sure. Just don’t make too big of a deal about them.

It’s not a time to celebrate the $118 million Tennessee gave Ryan Tannehill, or the $61 million Kirk Cousins will be guaranteed to play under center for the Minnesota Vikings. Not a time to debate whether tackle Jack Conklin should get more than $30 million guaranteed from the Cleveland Browns.

Not when America has nearly ground to a halt and the retirement savings of millions have taken a big hit from the stock market. Not when family members are losing their jobs and wondering not only how they’re going to keep their houses but how they’re going to feed their kids.

Suddenly, any display of wealth doesn’t feel quite right. And as free agency began in the NFL this week the riches of the league stand in stark contrast to the turmoil in thousands of businesses and millions of households around the country.

In ordinary times the big contracts would be a good thing. Players deserve their share of the pot of gold NFL owners haul in every year and should grab all they get in the few short years they will be playing football for a living.

But these are not ordinary times, as coronavirus spreads and the daily onslaught of bleak news never seems to stop. The country is hurting, and everyone in it knows somebody who has already been affected, either by illness or financial insecurity.

A few weeks ago the thought of Drew Brees getting $50 million for two years would have gotten shrugs from most and cheers from everyone in New Orleans.

Now it’s a reminder that payments for season tickets are due and that this might be the year that money is so tight you have to watch at home on TV instead.

The NFL has the right to carry on its business even in uncertain times, of course, and free agency signings are usually a time to build buzz ahead of the draft and the season. That hasn’t changed because of the coronavirus, and the NFL still plans to go ahead with the draft next month — just without the trappings of Las Vegas to give it real glamour.

And a big business the NFL is, certainly big enough to hand out big contracts for a long time. The league brought in more than $18 billion in revenue last year and, with new TV contracts coming up and a new 17-game season to sell, that figure should go up even more.

The league is powerful, too. In Las Vegas, where all the glittering casinos have closed and people are hunkered down in their homes, work still goes on at the new $1.9 billion Raiders stadium after it was declared an essential project.

According to Forbes magazine, the league's 32 franchises were worth a combined $91 billion when the most recent season began, with the average NFL franchise valued at nearly $3 billion.

That means Jerry Jones can easily afford his new $250 million yacht. He can also afford Dak Prescott, though there's no new long term deal for the Cowboys quarterback yet.

Again, Prescott and his fellow players should get whatever they can. As evidenced by Jones’ yacht there’s plenty of money in football, and the players who actually risk their bodies should get their 47 percent — if not more — of that revenue

But on the same day minor league baseball players found out they would barely get a few hundred dollars to help pay rent while unemployed, it just didn’t seem right.

Maybe that’s why it felt so good to see what veteran tackle Andrew Whitworth did after signing a three-year deal to stay in Los Angeles. Whitworth and quarterback Jared Goff said they would donate $250,000 apiece to help pay for 2 million meals with a local food bank.

“Tough times, like what we’re experiencing now, really show you the true value and importance of community,” Whitworth said. “We’re here to wrap our arms around our hurting neighbors, let them know that they aren’t forgotten, and that we are here for them.”

And the best kind of message from the NFL in a week like this.