Foles ready for emotional return as Jags, Colts square off 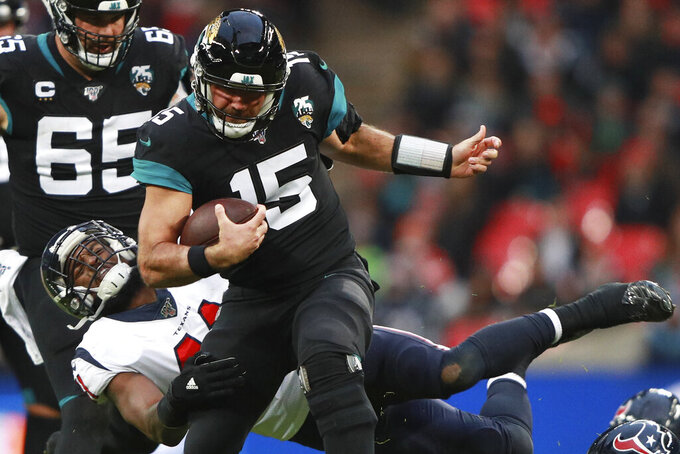 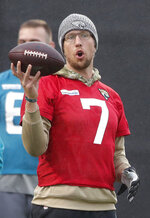 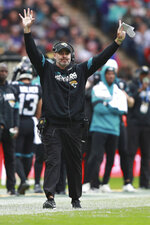 The Jacksonville Jaguars quarterback is excited to play, eager to prove he’s healthy and optimistic about keeping his team in the playoff hunt. And, the most anticipated part for Foles might be his brief reunion with Colts coach Frank Reich, the man who helped revive his career.

Foles entered the league as a third-round pick, full of promise. But after four seasons and 35 starts in Philadelphia and St. Louis, Foles found himself in the backup role in Kansas City and then Philadelphia, where Reich was in his second season as offensive coordinator.

Then, when MVP front-runner Carson Wentz went down with a late-season injury and the Eagles’ offense started to sputter, Reich made an adjustment for the playoffs and everything changed.

Foles led the Eagles to the Super Bowl title, was named Super Bowl MVP and Reich took the job in Indianapolis.

On Sunday, they’ll be on opposite sidelines in Indianapolis.

“I think it will be emotional seeing him because of what he means to me,” Foles said. “He’s one of the greatest people I’ve ever met, so when he went there, I was so excited for him. But I’m going to go out there and play.”

He took only 11 snaps before breaking his left collarbone then turned the job over to rookie Gardner Minshew who became an instant sensation because of his moustache and his ability to win.

Now with the Jags (4-5) needing a division win, Foles returns — just in time for Reich to help give his defensive coaches a scouting report.

“I sat down and spoke with (defensive coordinator Matt Eberflus) about Nick’s abilities, mindset and that kind of thing — not a whole lot to be honest with you,” Reich said. “I told him what I thought about a few things, in detail about a few things.”

Indy is dealing with its own issues.

For the first time in 13 months, they’ve lost back-to-back games. They’ve fallen out of the AFC South lead and are dealing with their own quarterback situation as Jacoby Brissett tries to play with a sprained medial collateral ligament in his left knee. Brian Hoyer replaced Brissett each of the past two weeks but Brissett was a full participant in practice and is expected to reclaim his starting job Sunday.

But for Foles, this game comes with a personal touch.

“He’d get up in front of the team after a loss or tough time and he just kept it real and he kept it light, he was joyful,” Foles said of Reich. “There was something different in his heart. But seeing him handle his everyday life like he did, with the joy he had, and how he spoke to people and loved everyone, was the most impactful thing and it was really special to be around. And obviously, he’s an amazing coach, he knows football.”

Adam Vinatieri has missed six extra points and five field goals this season, and it was a hot topic all week in Indy.

The Colts brought in free agents for tryouts Tuesday before opting to stick with the 24-year veteran who is the league’s career scoring leader. Reich continues to insist he has full confidence in his kicker.

“I believe whatever we’re going through is just a phase and he is going to help us win games and get to where we want to go,” Reich said.

Indy won 11 of the first 14 games in this series, but lately Jacksonville has had the upper hand.

The Jags have won three of four under coach Doug Marrone and have not allowed a point in the past three halves against the Colts. Indy has only been shut out twice since 2003 — and both came against Jacksonville during Marrone’s tenure.

While Indy’s offense has languished the past few weeks, the defense has played well.

In the past five games, Indy is allowing an average of 18.2 points — a number that is even lower when an interception return for a touchdown is subtracted. But the difference isn’t just showing up on the scoreboard.

Reich and Eberflus say they see it on tape, play after play.