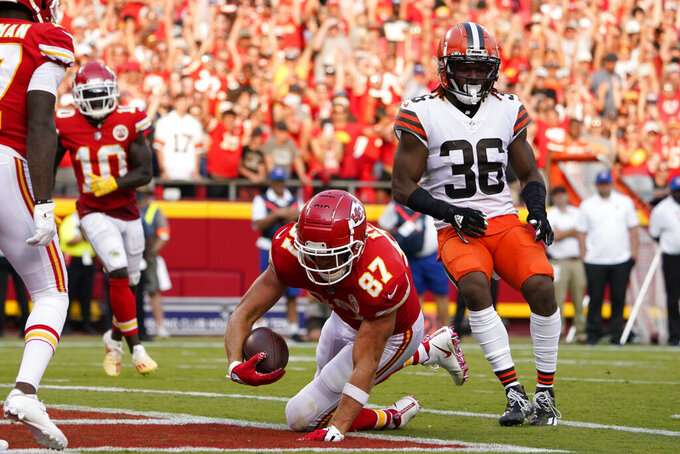 Cleveland was ravaged by injuries in Sunday's 47-42 loss to the Los Angeles Chargers. However, to this point, the Browns (3-2) won't be missing any major contributors long term. They host Arizona (5-0) on Sunday.

Stewart and Janovich sustained hamstring injuries against the Chargers while Hubbard recently underwent season-ending surgery on his triceps.

Per NFL rules, Janovich and Stewart must sit out at least three games.

It's not yet known if any of those starters will miss significant time.

Hubbard's loss hurts Cleveland's depth as the 30-year-old can play either guard or tackle. Also, Hubbard is one of the team's most likeable players and Stefanski said he hopes to keep him around during his recovery.

Hubbard suffered the injury in the Sept. 12 season opener at Kansas City. He tried to come back before deciding to have the operation.

The Browns also signed fullback Johnny Stanton and defensive end Joe Jackson to the active roster from the practice squad.