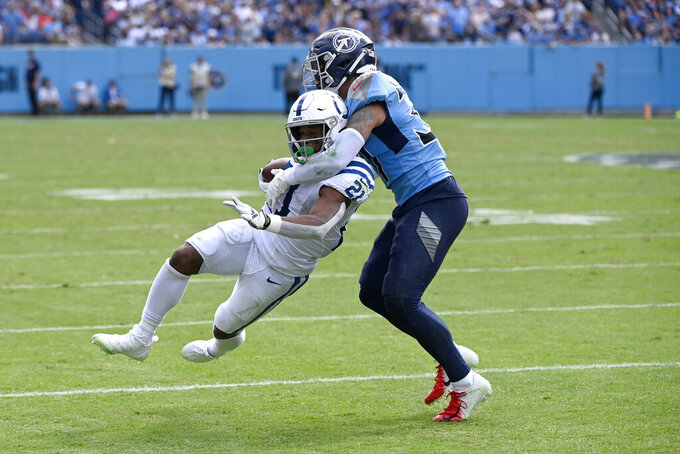 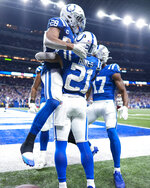 Beane began by adding an established pass-catching dimension in acquiring running back Nyheim Hines in a trade with the Indianapolis Colts. Buffalo traded third-string running back Zack Moss and a conditional sixth-round pick in next year’s draft to the Colts to land Hines, who provides the Josh Allen-led offense an experienced dual threat.

Beane then filled an important depth need on defense by trading a seventh-round pick to acquire safety Dean Marlowe from Atlanta. Marlowe has seven seasons of NFL experience, and is familiar with the Bills defensive scheme after a three-year stint in Buffalo from 2018-20.

Despite having little room under the salary cap, the sixth-year GM elected to augment a roster that has Buffalo off to a 6-1 start, matching its best record through seven games since 1993.

Buffalo has won four straight in coming off a 27-17 win over Green Bay on Sunday, and preparing to travel to play the New York Jets (5-3) this weekend.

Hines fills a role behind starter Devin Singletary that Beane has been eager to address since free agency in March, when J.D. McKissic reneged on an agreement to sign with Buffalo by returning to play for Washington.

In his fifth NFL season, Hines joins an offense which leads the league in yards gained, yards passing and ranks second in points scored. He is expected to assume the third-down role currently held by rookie James Cook, who has been used sparingly this season.

Fresh off scoring his first touchdown of the season on a 5-yard run in a 17-16 loss to Washington last weekend, Hines has 18 carries for 36 yards, and 25 catches for 188 yards in seven games. Overall, the 25-year-old has 1,205 yards rushing and 10 touchdowns, and 1,725 yards receiving and seven touchdowns in 72 career games since being selected by the Colts in the fourth round of the 2018 draft.

He has two more seasons left on a three-year, $18.6 million contract extension he signed in September 2021.

Moss, a third-round pick in 2020, became the odd-man out in Buffalo after seeing his role start to decrease last season. He was inactive in each of Buffalo’s last two games, and has 17 carries for 91 yards, plus seven catches for 27 yards.

Moss scored four TDs rushing and one receiving in each of his first two seasons in Buffalo.

Marlowe rejoins a Bills defense thin at safety. Starter Micah Hyde had season-ending neck surgery after being hurt in Week 2, while fellow starter Jordan Poyer’s status is uncertain after he hurt his elbow against Green Bay.

The Bills are welcoming back Tre’Davious White after activating the starting cornerback from the physically unable to perform list on Tuesday, though it’s too early to determine whether he’ll play this weekend. White has been out since tearing a ligament in his left knee in a 31-6 win over New Orleans 11 months ago.

The Bills freed up space on their roster by releasing defensive tackle Brandin Bryant and receiver Isaiah Hodgins.

Buffalo also shuffled its practice squad by reinstating cornerback Xavier Rhodes and releasing cornerback Jordan Miller. The 32-year-old Rhodes injured his hamstring shortly after being signed by the Bills in late September.