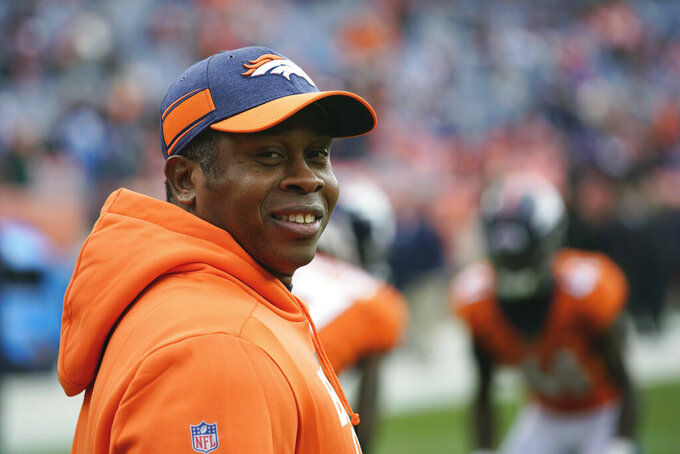 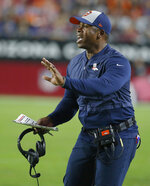 General manager Steve Keim had said he wanted a veteran defensive coordinator to pair with Kingsbury, who has no NFL coaching experience and will focus on offense.

Joseph was fired on Dec. 31 after two seasons as coach of the Broncos. He has 14 years of coaching experience in the NFL, 12 on the defensive side of the ball.

In addition, the Cardinals announced the hiring of Bill Davis, who has considerable experience as a defensive coordinator, as linebackers coach and said Jeff Rodgers will return as special teams coordinator.

Joseph has just one season's experience as a defensive coordinator, in 2016 with Miami. His Dolphins ranked 29th in total defense (out of 32 teams) and 18th in points allowed.

Still, he was pursued by more than one NFL team looking for a defensive coordinator following his dismissal by Denver.

Joseph was fired after going 11-21 in two seasons as head coach in Denver.

Joseph coached defensive backs for San Francisco (2006-10), Houston (2011-13) and Cincinnati (2014-15) before his one season in Miami, where he helped the Dolphins make the postseason and positioned himself for the Broncos head coaching job.

Davis returns to Arizona, where he was defensive coordinator under Ken Whisenhunt in 2009-10 and linebackers coach in 2007-08. He was part of the Arizona staff during the Cardinals' surprise run to the Super Bowl following the 2008 season.

He spent the last two seasons as linebackers coach for Ohio State after serving as defensive coordinator of the Philadelphia Eagles for three seasons (2013-15). Davis also has NFL assistant coaching experience with Carolina, Cleveland, Green Bay, Atlanta, the New York Giants and San Francisco, where he was the 49ers' defensive coordinator in 2005-06 before coming to Arizona.

Rodgers, an 18-year coaching veteran, came to Arizona with Wilks. Under his tutelage, punter Andy Lee was among the league's best and undrafted rookie Zeke Turner led the NFL with 13 ½ solo special teams tackles. The Cardinals also recovered a blocked punt for a touchdown in their season finale against Seattle.

Joseph was out of town but could meet with the media when he returns next week.