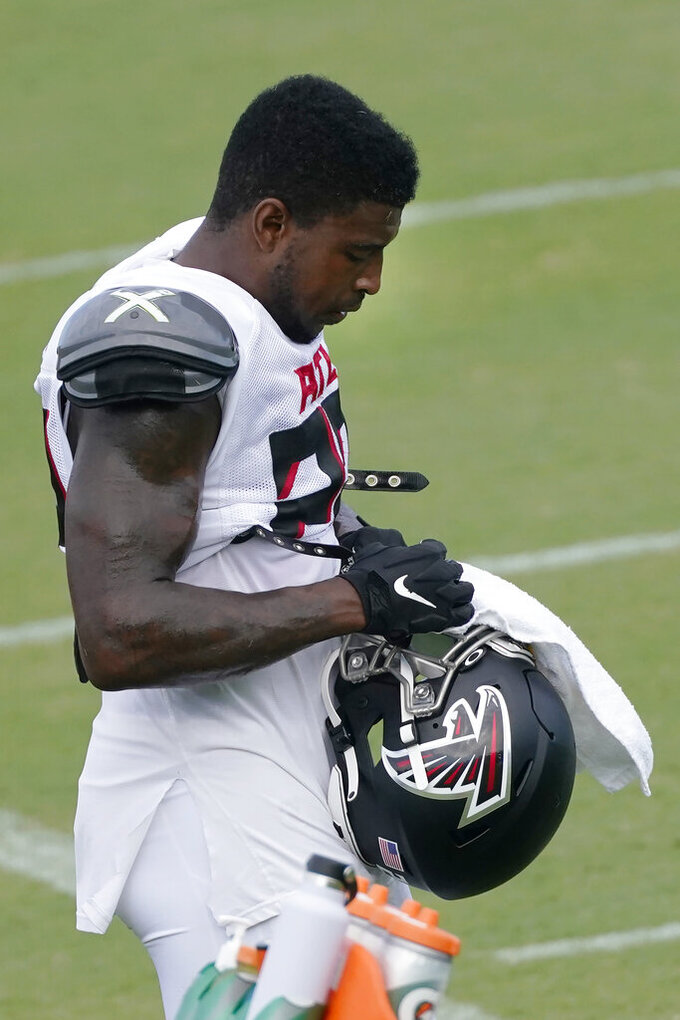 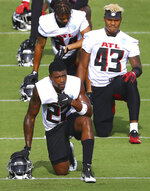 Neal had missed 15 games the season before with a torn knee ligament, so the heel injury meant he would face another long road back to the field.

The most recent time Neal played a full season, in 2017, he made the Pro Bowl. Atlanta coach Dan Quinn believes Neal, whom he drafted 17th overall out of Florida in 2016, is as good as new.

Not only has Neal dropped 12 pounds to get to 212, the same weight he had as a rookie; Quinn says he also has the same quickness he had in his first season. The Falcons are hoping Neal can return to his productive ways. He racked up a combined 222 tackles, 15 pass breakups, eight forced fumbles and three fumble recoveries in his two full seasons.

“From a physical standpoint, he does not look like a player who had these two significant setbacks,” Quinn said. “I think it speaks to the work that he put in."

Neal's return means the Falcons can work in some packages with three safeties. Ricardo Allen and Damontae Kazee are solid in coverage. Neal is an enforcer.

Quinn is counting on Neal, Allen and Kazee to complement each other. He cites Allen's football smarts — he's quick to recognize an offensive disguise — and Kazee's ball skills and speed. Neal's strengths are man-to-man coverage and hard hitting.

“Trying to find the moments to put them in the best spaces, that’s what these next few weeks are about," Quinn said.

"Fortunately for us, those are three guys that really work in concert together well — their communication, their ability on the field. So it’s been good to have all three of them on the field, and that will be the case for a number of different packages.”

While enduring the physical rehab from surgery, Neal leaned on his faith to guide him through the mental part of recovery. Now that he's back, Neal is concentrating on trusting his football instincts.

“Throughout these first couple of practices I’ve noticed things like after a play I’ll be like, ‘Dang, I could’ve done this,’ and then it will all start to come back,” Neal said. “I told myself I’m going to have to get my groove back because I’m starting to see things again. A play that I could be faster on. I saw that after the fact, so next time I get that, I’m going to be there. It’s all coming back. It takes reps and continuing to watch film and keep growing.”

NOTES: The Falcons had their first full scrimmage on Thursday. The first-team offense faced the first-team defense and the second-teamers went against each other. There was hitting but no tackling. ... Cornerback Isaiah Oliver broke up a pass to Calvin Ridley, but Ridley came back and beat Kendall Sheffield a few snaps later. ... Rookie Marlon Davidson, a second-round pick from Auburn, was held out for an undisclosed reason. ... Brandon Powell and Chris Rowland served as the respective punt and kickoff returners, though Powell handled a kickoff, too.