Gruden expects Carr to be able to play despite ankle injury 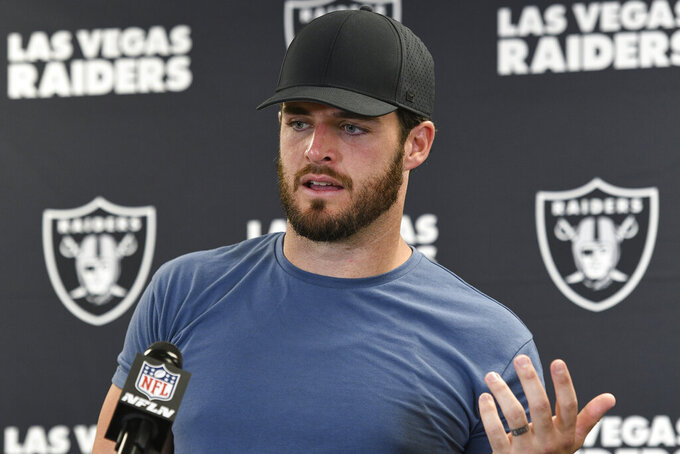 Carr got hurt after throwing a TD pass to Foster Moreau in the third quarter of Sunday's 26-17 victory over the Pittsburgh Steelers. After being down on the turf for a bit, Carr got taped up in the medical tent and didn't miss a play. The injury was to the same ankle Carr broke late in the 2016 season.

Carr returned and led the Raiders to the victory, throwing a 61-yard TD pass to Henry Ruggs III in the fourth quarter.

Gruden said Monday that Carr had an MRI and is questionable but added: “I think he’ll be able to play” when the Raiders host Miami on Sunday.

The Raiders already lost backup Marcus Mariota to a quadriceps injury, leaving Nathan Peterman as the only healthy quarterback on the roster. Las Vegas signed Kyle Sloter to the practice squad.

Gruden also said that running back Josh Jacobs will be questionable this week after missing Sunday's game with injuries to his toe and ankle.