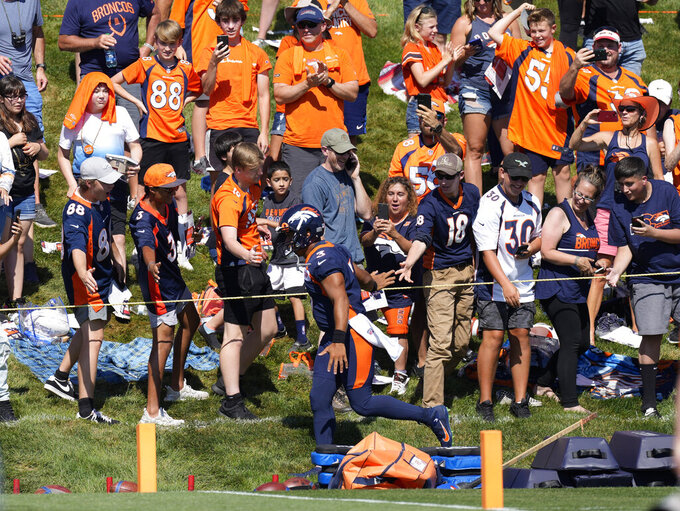 ENGLEWOOD, Colo. (AP) — NFL owners will decide on Aug. 9 whether to approve the proposed $4.65 billion sale of the Denver Broncos to the Waltons, heirs to the Walmart fortune and America's richest family.

The league's finance committee met Wednesday and unanimously recommended the transaction for approval.

The committee will send a report to all clubs at a special league meeting on Aug. 9. Twenty-four of the 32 teams are needed to approve the sale of the storied franchise from the Pat Bowlen Trust to Rob Walton; his daughter, Carrie Walton Penner; and her husband, Greg Penner.

Commissioner Roger Goodell has made minority ownership a point of emphasis in the league. The Walton-Penner group met those wishes by including Starbucks board chair Mellody Hobson and former U.S. Secretary of State Condoleezza Rice — both Black women.

The deal is the most expensive for a sports franchise in the world, surpassing the $3.1 billion sale earlier this year of Chelsea, one of European soccer’s blue ribbon teams, to an American-led consortium fronted by Los Angeles Dodgers part-owner Todd Boehly.

Walton, 77, was chairman of Walmart from 1992-2015. He is the eldest son of founder Sam Walton and Helen Walton and has an estimated net worth of nearly $60 billion. He would become by far the richest owner in the NFL if the sale is approved as expected.

The Pat Bowlen Trust has run the franchise for several years and put the club up for sale last year after Hall of Famer Pat Bowlen’s children couldn’t concur on a successor to their father.

Bowlen, who bought the team in 1984, died in 2019, a month shy of his induction into the Pro Football Hall of Fame.