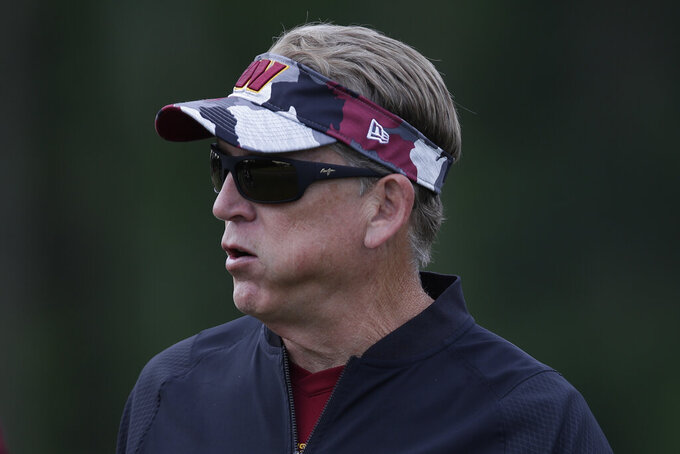 ASHBURN, Va. (AP) — Washington Commanders assistant Jack Del Rio addressed the team to apologize for his comments about protests in the summer of 2020 and the Jan. 6 riot at the U.S. Capitol, coach Ron Rivera said Tuesday.

Rivera said Del Rio also met individually with some players to discuss his remarks last week, which drew a $100,000 fine from the team.

“He was very open, very forthright, very contrite and apologized and opened himself up to questions or opportunities for any players to come in and meet with him,” Rivera told reporters before the team’s first minicamp practice. “He’s already met with some of our players and talked to some of them about what was said. I’ve been told those meetings went very, very well. And so I’m very pleased with that.”

Del Rio apologized hours later for calling the deadly insurrection on Jan. 6, 2021 “a dust-up at the Capitol.” Rivera said the fine made it clear the organization would not tolerate equivalating the riot to the protests in the wake of the police killing of George Floyd.

Rivera said he and the team wanted to move on from the comments now to focus on football.

“I’m about reconciliation,” Rivera said. “We have to understand that when we do things like this, it impacts the community as well. We got to make sure the community understands that we understand and we get it. That’s important. So this was really about taking accountability and holding ourselves accountable, and then going forward and trying to reconcile with things.”

On the football side, wide receiver Terry McLaurin was absent from mandatory minicamp amid negotiations on a new contract. Rivera said last week he expected McLaurin and all players to attend.

“Terry’s a professional,” Rivera said. “I just believe it’s a matter of time getting this done. We want Terry here. We truly do. We respect who he is as a football player. We’re trying to get things worked out. But we would love to have Terry here.”