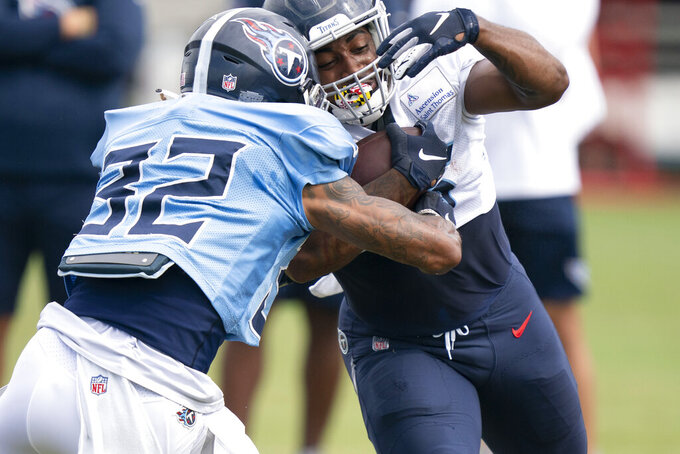 The 6-foot-2, 205-pound Colbert has started 22 of 39 games over five NFL seasons with San Francisco, Miami, the Giants, Cleveland and the Jets. Colbert was a seventh-round pick by the 49ers in 2017 out of Texas, and he has forced two fumbles with one fumble recovered and 109 career tackles.

Benton played one game for Cleveland as a rookie in 2020 after going undrafted out of Liberty. He had stints on the practice squads for the New England Patriots, Seattle and the Jets last season.

Griffin limped off the field during Monday's practice.