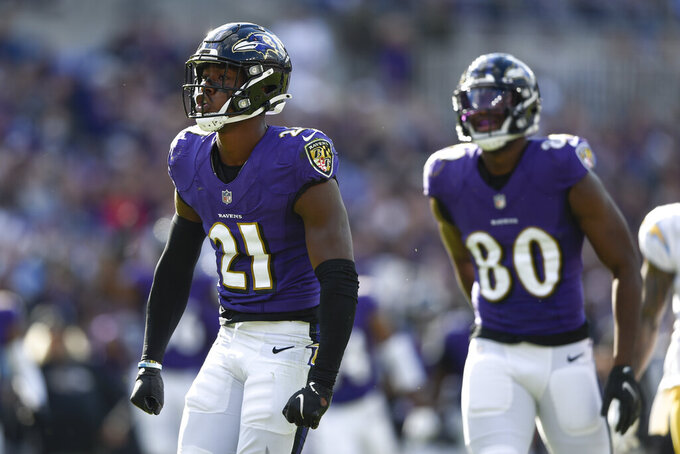 Perhaps, never before has Week 1 of an NFL season been as big of an aberration as it was this season.

A record three teams that lost the opener have won every game since, while two others that won in Week 1 have lost the next five games.

There have been some remarkable turnarounds.

The teams that have done it on the positive side are Dallas, Green Bay and Baltimore. Before this season, only 30 teams since the merger opened the season 5-1 despite losing the opener, and it never happened more than twice in any single season.

The last time two teams did it came in 2014, when the Cowboys and Chargers pulled off the feat. Dallas made the playoffs that year, while the Chargers fell just short.

On the other end of the spectrum are the Dolphins and Texans, who felt good after season-opening wins but haven't tasted victory since.

That matches the most teams in a season that started 1-5 despite winning the opener. It's happened several times, including last season when Washington and Jacksonville did it. Washington turned things around to win the NFC East at 7-9 and make the playoffs.

The Jaguars lost 20 straight following the win over Indianapolis for the second-longest losing streak ever. They snapped it this past Sunday in London against Miami.

A couple of other teams have fallen flat after fast starts, with Carolina and Denver going from 3-0 to 3-3. That had happened only five times since 2010 and there haven't been two teams that did it in the same season since Baltimore and the Jets did it in 2009.

Henry ran for 143 yards and three TDs in a win over Buffalo on Monday night for his third game this season with at least 125 yards rushing and three TD runs.

Henry's six career games with at least 125 yards rushing and three TDs are tied for the second-most ever to Brown's nine.

Henry had a 76-yard TD run against the Bills, for his sixth touchdown run of at least 70 yards, one shy of the record held by Chris Johnson and Adrian Peterson.

The season has gone so poorly for the NFL's only winless team that the Lions haven't taken a single offensive snap when leading a game.

Detroit is the fifth team since 1991 that didn't run an offensive play with the lead through the first six games, joining the 2011 Rams, 2003 Bears and 2002 Bengals.

The Lions have twice gone ahead late in games against the Ravens and Vikings, only to have their opponents come right back to kick a winning field goal.

Of the three previous teams to do this, the Rams and Bengals stumbled to 2-14 records. The Bears actually won a game during that stretch with a last-second field goal and finished 7-9 that season.

Late Raiders owner Al Davis would have been proud of the team's approach this past week in Denver.

The Raiders went deep often and ended up with seven pass plays that gained at least 25 yards in a 34-24 win at Denver. Derek Carr connected twice with Henry Ruggs III and once each with Kenyan Drake, Josh Jacobs, Bryan Edwards, Darren Waller and Hunter Renfrow.

In Sportradar's database that dates to 1991, no team had had as many pass plays of at least 25 yards in a single season. The Lions were the last team to do it six times in a game against the Bears in 2015. The Raiders' previous high was four.

For the sixth straight week, at least one game has gone to overtime in the NFL.

That marks just the second time that has happened in NFL history, with the other year being 2018.

In all, 11 games have gone to overtime this season, the second-most through the first six weeks to the 12 in 1999.