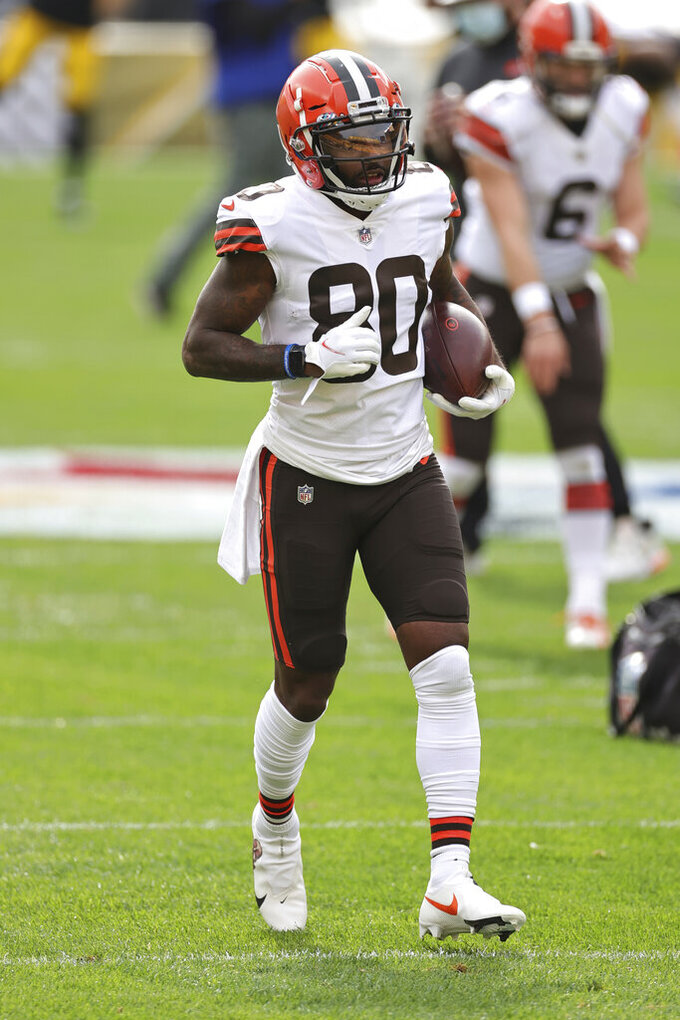 Cleveland Browns wide receiver Jarvis Landry (80) carries the ball during warm-ups prior to an NFL game against the Pittsburgh Steelers, Sunday, Oct. 18, 2020, in Pittsburgh. The Steelers defeated the Browns 38-7. (Margaret Bowles via AP)

Landry revealed Thursday that he suffered the injury in an Oct. 11 win over Indianapolis. The five-time Pro Bowler took a vicious hit from behind after a catch in the first quarter and crawled to the sideline to get medical attention.

Landry, who was Cleveland's captain for that game, returned and he also played last week against Pittsburgh.

Landry pushed through a hip problem in 2019 that required offseason surgery.

In his third year with Cleveland, Landry has 24 catches for 319 yards this season. He hasn't caught a touchdown pass but he threw one to good friend Odell Beckham Jr. in a win at Dallas earlier this month.