Falcons' Julio Jones misses another practice, not ruled out 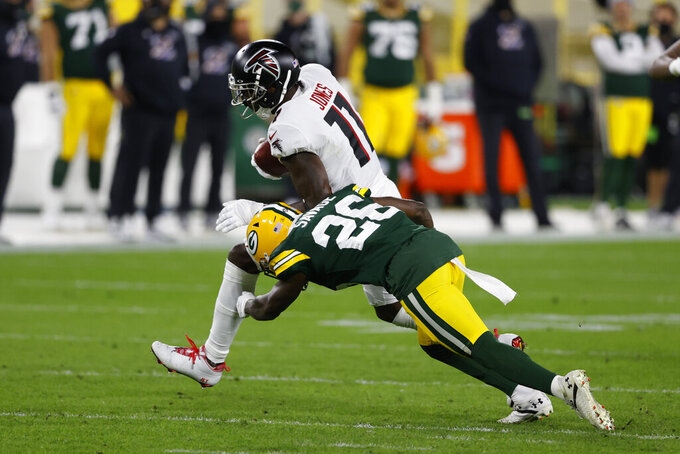 FLOWERY BRANCH, Ga. (AP) — Julio Jones was held out of practice for the third straight day with a hamstring injury on Friday but has not been ruled out for the Atlanta Falcons' game against the Carolina Panthers.

The injury forced Jones to sit out the second half of Monday night's loss at Green Bay. Jones, the two-time All-Pro wide receiver, missed the Falcons' loss to Chicago on Sept. 27 with the injury.

Jones is listed as questionable for Sunday's game against the Panthers.

Safety Jaylinn Hawkins (concussion) is the only Falcons player listed as out on Friday's injury report.