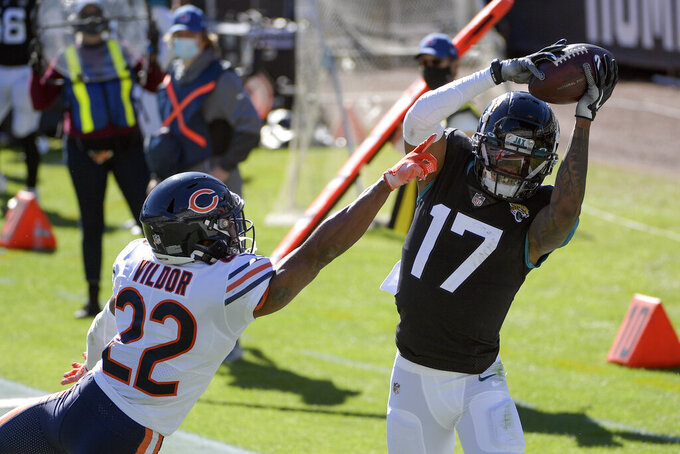 JACKSONVILLE, Fla. (AP) — The Jacksonville Jaguars will be without receiver DJ Chark for their season finale at Indianapolis on Sunday, leaving them to try to end a 14-game losing streak without their best two players.

Coach Doug Marrone ruled out Chark (shin) on Friday, two days after saying running back James Robinson would miss the game because of a badly sprained left ankle.

Chark leads the team with 53 receptions for 706 yards and five touchdowns. Without Chark and rookie Collin Johnson (hamstring), the Jaguars (1-14) will rely on rookie Laviska Shenault, Keelan Cole and Chris Conley against the Colts (10-5).

Journeyman Mike Glennon will make his fifth start of the season and second straight. He has two touchdown passes and six turnovers in his last 10 quarters.