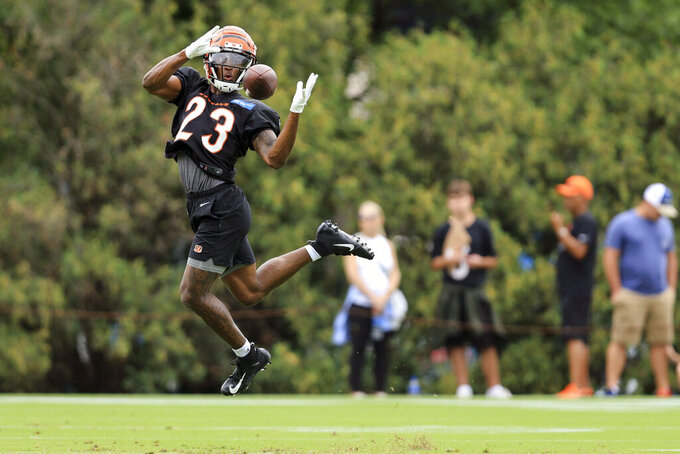 Strengths: With the Bengals signing three new offensive linemen, third-year quarterback Joe Burrow should spend more time upright and be even more successful. He missed the first three weeks of training camp after having an appendectomy on July 26, but is expected to be ready for Cincinnati's opener Sept. 11. Reigning NFL Offensive Rookie of the Year Ja'Marr Chase, Tee Higgins and Tyler Boyd make up one of the best receiver groups in the league. Running back Joe Mixon also will benefit from the improved O-line. Defensive line and linebackers are solid. Kicker Evan McPherson was a fifth-round draft pick last year who became a clutch performer and household name in Cincinnati.

Weaknesses: The Bengals secondary could be inconsistent last season. Safety Jessie Bates III ended a lengthy dispute. Cincinnati has high hopes for their two top draft picks, safety Daxton Hill and cornerback Cam Taylor-Britt, who is out currently with a core muscle injury.

Fantasy Player To Watch: WR Tee Higgins says he's 100% healthy after having shoulder surgery following the Super Bowl. With defenses keying on Chase, Higgins will again be an important target for Burrow.

Expectations: With a healthy Burrow and an overhauled offensive line that could open more lanes for running back Mixon — who has distinguished himself despite being limited by bad blocking in recent years — expectations are off the charts. The secondary is expected to be better with the addition of the two rookies.