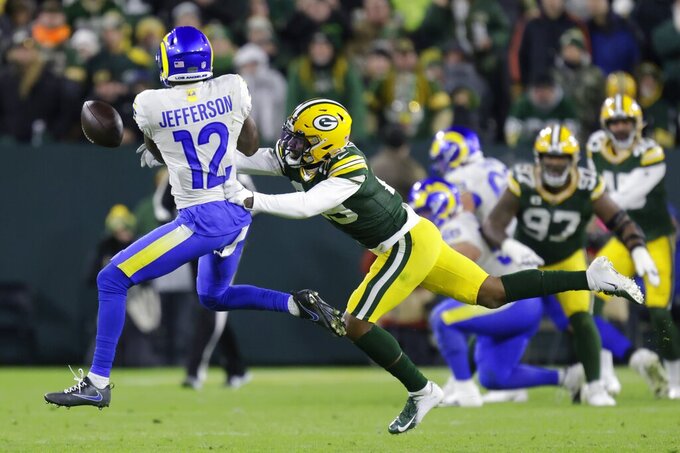 Via the simulations, 11 quarterbacks rate out more likely than not to return a QB1 week, which means that, in a 12-team league (which is what this article is geared toward), we shouldn’t really need to be streaming very often. Unless league-mates are hoarding quarterbacks on their rosters.

But if you need to stream, you’re in a pretty good situation. Joe Burrow profiles for a pretty high floor even against a Los Angeles Chargers defense that ranks 12th in adjusted pass defense and second in pressure rate. Burrow has been solid against high-pressure teams. In three games against teams inside the top 10 in pressure rate, Burrow has averaged 18.0 fantasy points via 281.7 passing yards and 2.0 touchdowns per game.

Taysom Hill may get the starting nod for the New Orleans Saints. Last season as a starter, Hill averaged 208.5 passing yards, 1.0 touchdowns, 0.5 interceptions, 9.8 carries, 52.3 rushing yards, and 1.0 rushing touchdowns. Start him if you need him.

Tua Tagovailoa is one of only six quarterbacks to post a Passing Net Expected Points (NEP) per drop back rate of at least 0.20 — which is double the NFL average — in at least 70% of his qualified games this season. He’s been good and consistent. The New York Giants are 10th in adjusted pass defense this season but are 30th in pressure rate.

— Some of these quarterbacks have partial projections because of uncertain starters. None are priority starts either way.

The lengthy list of starters at running back leaves behind a small tier of consider-if-needed backs.

Committees are the name of the game in this tier, but one player to whom that doesn’t apply is David Montgomery. His role is solid. He has averaged 14.7 carries and 2.0 targets per game while playing 87.5% of the Chicago Bears’ snaps in three games since returning from an injury. He’s a true feature back.

There is some confusion on the Ezekiel Elliott/Tony Pollard split. The sims do place Elliott above Pollard, but Pollard is viable as a high-end FLEX option.

Though part of this is related to injury, Javonte Williams has out-snapped Melvin Gordon in two straight weeks in Denver. In that span, Williams has averaged 11.0 rushes, 3.0 red zone rushes, and 3.5 targets; Gordon is at 13.0 carries, 2.0 red zone carries, and 3.0 targets. It remains an even split, yet it’s tilting toward Javonte at the moment. Both remain viable as capped-ceiling season-long starts.

Brandin Cooks ranks seventh among all receivers in target market share (27.7%). In four games started and finished by Tyrod Taylor, Cooks’ target share is down to 23.7%, yet he still sees 2.0 downfield and 1.0 red zone targets per game in that split. He remains one of the best volume-based bets at the position.

Brandon Aiyuk has gone from mid-round upside selection to droppable to the San Francisco 49ers’ top receiver given that Deebo Samuel is out. Over the past four games — with George Kittle back — Aiyuk actually leads the team in target share (24.3%) while seeing 1.8 downfield targets per game.

Odell Beckham Jr. and Van Jefferson have carved out great roles in an efficient passing offense for the Rams. While their top-24 odds don’t come close at all to teammate Cooper Kupp’s, their Week 12 roles did. Beckham, in his first post-bye game with a new team, tied with Kupp for a team-high 10 targets. Beckham also saw 3 of 10 downfield targets go his way. Jefferson had nine targets a week ago, four of which were downfield.

Start with confidence: Tight end is running seven deep this week, per the simulations.

There are a bunch of fringe options at tight end whom we will need to decide between.

I know it’s difficult to trust Tyler Higbee's production at this point. However, with three receivers at the top of the pecking order, his role isn’t any different than it was entering the season. The Jacksonville Jaguars rank 26th in adjusted fantasy points per target allowed to tight ends, and Higbee’s team should move the ball efficiently. That’s a better case than a lot of these tight ends can make.

Logan Thomas returned to play on 77.2% of Washington's snaps last week. He turned six targets (17.6%) into 31 yards. He had a downfield target and an end zone target in that sample. Through his four full games, his target share sits at a viable 16.4%, and he has a 30.8% red zone target share with a 42.9% end zone target share. The Las Vegas Raiders rank 27th in adjusted fantasy points per target allowed to the position.

— Darren Waller has a partial projection. If he starts, you start him. If not, you can start Foster Moreau. Moreau, in Week 7 without Waller, drew six targets (a 17.6% target share) with two red zone targets (22.2%). Last week with Waller leaving early, Moreau had an 89.5% snap rate and was targeted on 5 of 27 routes. He had just one catch, yes, but the role was there — and should be again if Waller misses.