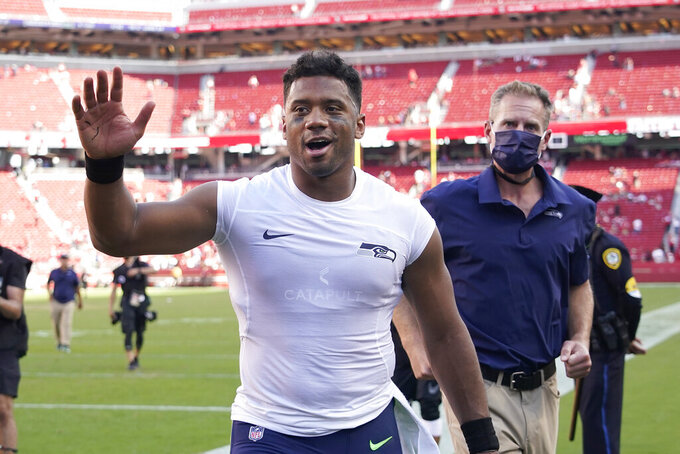 One week after a monumental performance by Pro Picks, it was more like Prodigious Misses, with bad choices across the board. At least we've survived in knockout pools and, somehow, have hit on every upset special to win outright.

The challenge for any prognosticator is to rebound quickly. Unfortunately, the Week 5 schedule provides far too many tossups, starting with Thursday night, when the Rams and Seahawks of the powerful NFC West meet in Seattle.

The Seahawks come off a significant victory at San Francisco — no, we didn't get that one right. Los Angeles was manhandled by visiting Arizona, another one we got wrong.

And now, it's a short period for getting ready.

“The Thursday night kind of puts it in such a fast-forward tempo as far as the preparation goes," says Seahawks offensive coordinator Shane Waldron, who previously was with the Rams. "So you don’t really have a lot of time to stop and think about how would this be different than going against another opponent.”

LA has struggled on defense, where it excelled in 2020 but has undergone significant changes in personnel. Only five teams have allowed more yards per game than the Rams’ 396.8. They are giving up 24.8 points per game, 18th in the league.

Worrisome? Well, when facing Russell Wilson and a strong group of receivers, it should be.

“With our players, there’s a lot of new pieces that we’re asking to step into significant roles, whether it be from injuries or just some different things specifically to the back end,” coach Sean McVay said. “You lose some key guys. That’s such a vital part of it.”

KNOCKOUT POOL: While we were getting a whole lot wrong last week, at least the Bills came through as the survivor choice. This week, it's NEW ENGLAND.

The Giants shocked us, and most folks in the Big Easy, last week. Not now.

Living dangerously given our spotless record in these ...

Thought about this for top upset, but Niners' QB situation too iffy.

The Bears' defense is beginning to look better. Not good enough here.

Now that the Brady “reunion" is over ...

Now that the Brady “reunion” is over ...

This is what we mean by a tossup game.

It figures Jets get a W and are sent across the ocean.

For those who are calling the Vikings underachievers ...

Not a good time for the improving Bengals to meet Aaron Rodgers and friends.

No, we can't figure out the Saints either.

One day, Philly fans will be singing “Hurts So Good.”

Boy, could Urban and Trevor use a win. Sorry ...