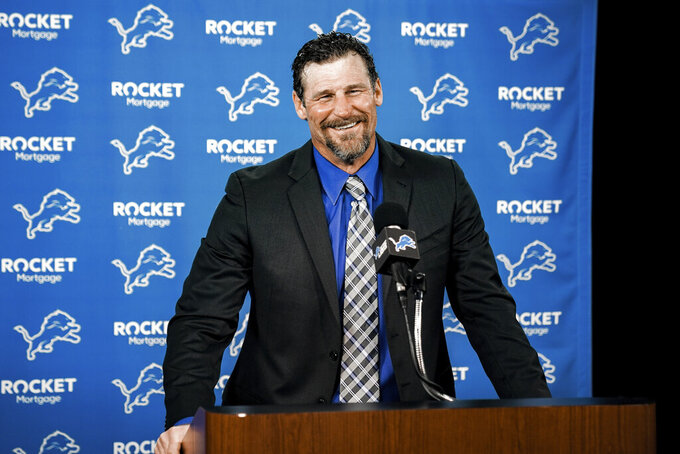 In this image provided by the Detroit Lions, Detroit Lions head coach Dan Campbell speaks during a news conference via video on his first day at the NFL football team's practice facility, Thursday, Jan. 21, 2021 in Allen Park, Mich. (Detroit Lions via AP).

Walsh was with the Jacksonville Jaguars the previous eight years. He also was an assistant in Seattle and Tampa Bay during his 15-year coaching career in the league.