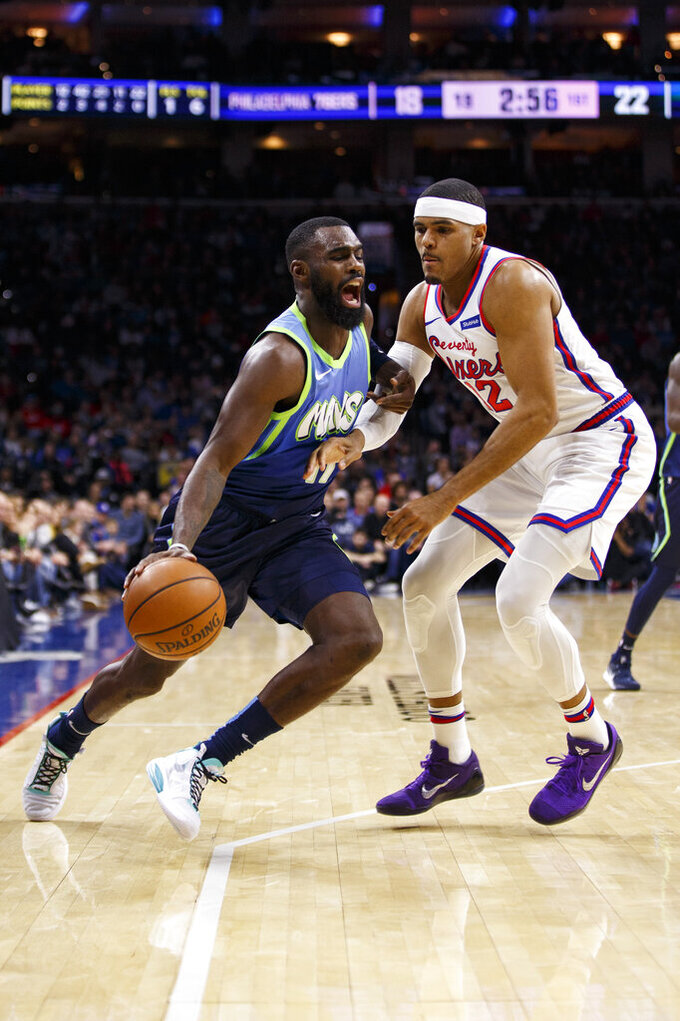 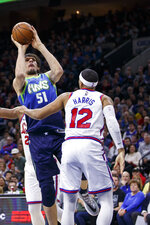 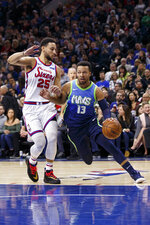 PHILADELPHIA (AP) — The Dallas Mavericks are proving they are more than a one-man show.

The Mavericks improved to 11-2 on the road despite playing without Doncic. The 20-year-old missed his third straight game with a right ankle sprain. Doncic, one of the league leaders in minutes, points, rebounds and assists, is averaging 29.3 points, 9.3 rebounds and 8.9 assists.

“You never want to be without Luka, and we need him back as soon as possible," Dallas coach Rick Carlisle said. "But as long as he’s out, we have a plan and guys are executing well. We really played together and extremely well. If you’re going to win in this building, you’re going to have to fight and our guys did.”

Porzingis put his inside-outside game on display again, reaching at least 20 points and 10 rebounds for the fourth straight contest. He said the Mavericks are deep and gelling.

“The chemistry is good in the locker room and on the floor,” Porzingis said. “We got out and do what we’re supposed to and play hard. No secret. We have a great bench and that’s our strength, just so many weapons.”

Joel Embiid had 33 points and 17 rebounds for Philadelphia, which lost its third in a row overall. The 76ers were booed for much of the night while falling to 14-2 at home. The 76ers suffered their first home loss on Wednesday, 108-104 to Miami in a contest in which the Heat stifled Philadelphia with a 2-3 zone.

“The past three games we have laid eggs,” Philadelphia coach Brett Brown said. “We have not played with a competitive drive that reflects this team.”

Dallas took control in the second quarter, going up by as many as 17 points. The Mavericks held an 88-77 lead entering the fourth.

Trey Burke, normally not in Brown’s rotation, came off the bench and pulled Philadelphia within seven points, 94-87, with seven minutes remaining. But the Mavericks kept coming offensively, with a Hardaway 3 initiating an 11-6 spurt that ended with a jumper by Jalen Brunson that put Dallas ahead 108-93 with 3:22 left, leading to more boos and chants for the Philadelphia Eagles.

The Eagles will host the Dallas Cowboys in an important NFC East divisional game across the street on Sunday.

Porzingis put an exclamation point on the victory with a driving, one-handed jam with 39.3 seconds left.

Carlisle said the Mavericks went to the zone four minutes into the contest and stayed with what was working.

“We got hot with the zone and we were active in it,” he said. “Guys scrambled around and played their butts off. The most important thing is to play hard in it, and that’s what we did.”

Embiid said the 76ers need to attack the zone with more aggressiveness and take the shots when they are there.

“We were playing scared,” he said.

Mavericks: Brunson, who starred collegiately at nearby Villanova, was booed during introductions. He finished with 11 points and seven assists in 24 minutes. … Dallas also won at Milwaukee on Monday without Doncic, ending the Bucks’ 18-game winning streak with a 120-116 victory.

Mavericks: At Toronto on Sunday.