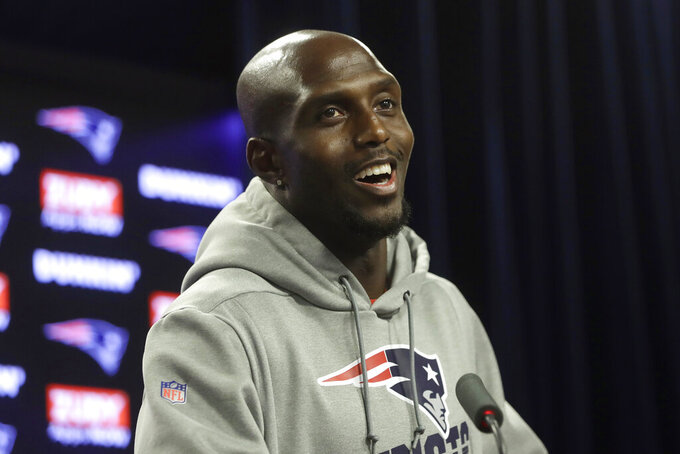 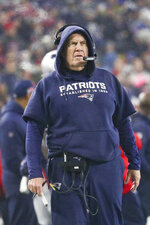 A day after Tom Brady announced he was leaving New England, the Patriots spent the first day of free agency in cost-cutting mode.

Finding a new quarterback will be the top priority for coach Bill Belichick as he begins the task of reconstructing his roster in the post-Brady era. But other departures have left him with holes to plug on defense.

On Wednesday, safety Duron Harmon was traded to the Lions, defensive tackle Danny Shelton also landed in Detroit on a two-year, $8 million deal, and offensive lineman Ted Karras agreed to a one-year, $4 million deal with the Dolphins. Linebacker Elandon Roberts is also expected to sign with the Dolphins.

That’s in addition to this week's departures of linebacker Kyle Van Noy, who agreed to a four-year, $51 million deal with Dolphins, and linebacker Jamie Collins, who’s joining former teammates in Detroit after agreeing to a three-year, $30 million deal.

The moves left the Patriots about $13 million under the salary cap.

In Collins, Van Noy and Shelton, New England loses three of its top performers from a unit that led the league in total defense in 2019, allowing 272 yards per game. The Patriots gave up 20 points per game, third fewest in the NFL.

Collins led the team with 81 tackles and seven sacks. Van Noy had 56 tackles and was second with 6 1/2 sacks. Shelton’s 61 tackles were tied for the most by a Patriots defensive lineman. Roberts pulled double duty, playing linebacker and filling in at fullback.

Harmon’s numbers weren’t gaudy (22 tackles and two interceptions) as the third safety behind Devin McCourty and Patrick Chung. But Harmon was set to make $5.5 million next season if he’d stayed with the Patriots. Trading him leaves New England with $1.25 million in dead money.

What can’t be replaced as easily is the leadership Harmon brought to the locker room.

McCourty is coming back, re-upping on a two-year deal, and will help anchor a secondary that also will return AP Defensive Player of the Year Stephon Gilmore at cornerback.

Still, adding depth to New England's aging defense will be a focal point.

McCourty and Chung will both turn 33 in August. Linebacker Dont'a Hightower and defensive lineman Lawrence Guy are 30 and Gilmore will turn 30 in September.

Aside from free agency and trades, Belichick can also find help via the draft. The Patriots have 12 picks, including five in the first four rounds.

AP Sports Writers Steven Wine in Miami and Noah Trister in Detroit contributed to this report.