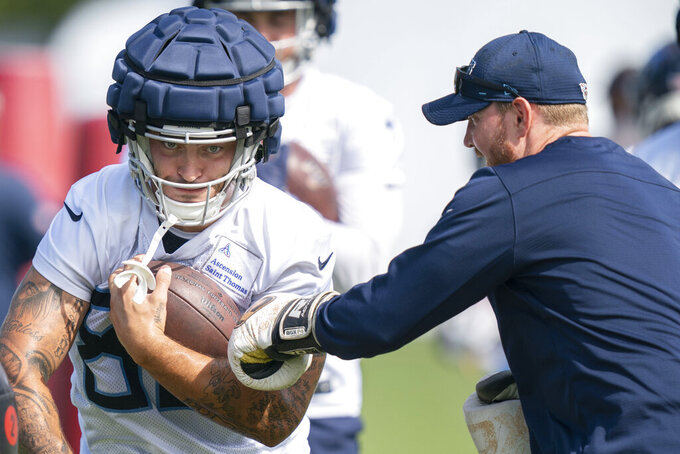 NASHVILLE, Tenn. (AP) — The Tennessee Titans have waived tight end Briley Moore to make room for safety Tyree Gillespie, who was acquired in a trade with the Las Vegas Raiders.

The Titans announced the moves Wednesday with Tennessee sending a conditional seventh-round draft selection in 2024 to the Raiders for Gillespie.

The 6-foot Gillespie was a fourth-round pick in 2021 and played 11 games as a rookie for the Raiders. He had six special teams tackles along with a couple of tackles on defense. Gillespie started 27 of 41 games played in four years at Missouri where he had 6 1/2 tackles for loss, two sacks, 12 passes defensed and a forced fumble.

The Titans have been busy adding safeties in training camp. They also signed Adrian Colbert and Elijah Benton on Aug. 9