Dolphins' DeVante Parker signs deal worth up to $40 million 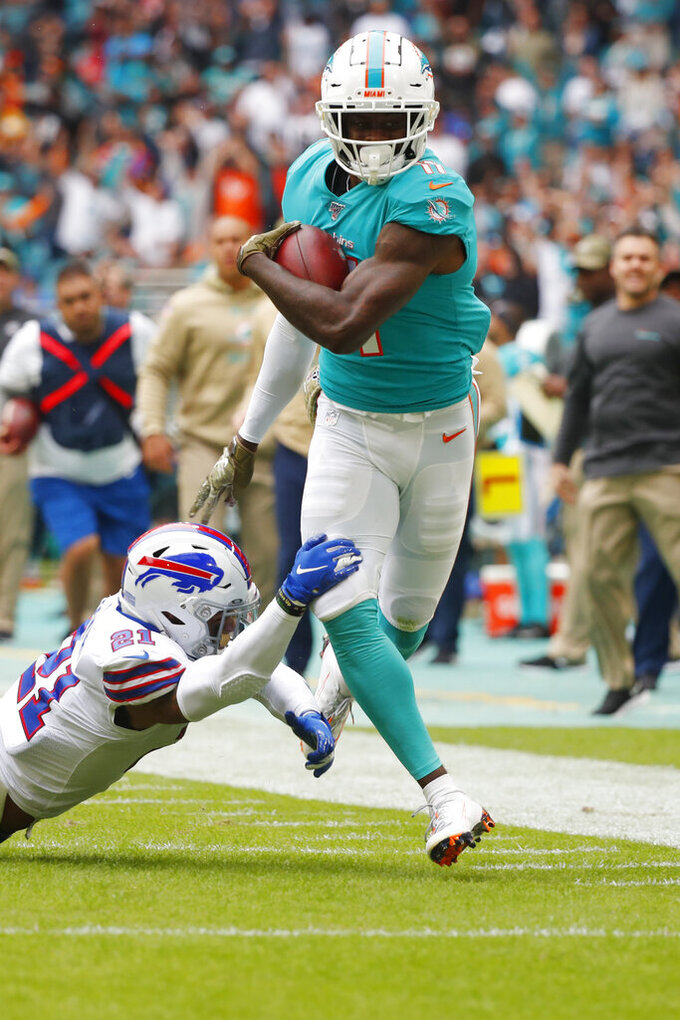 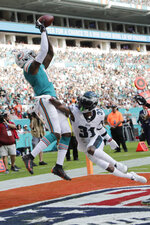 MIAMI (AP) — With a breakout season, receiver DeVante Parker has become a big part of the Miami Dolphins’ rebuilding plan, and now he’s under contract through 2023.

Parker signed a deal that could be worth up to $40 million, including incentives and bonuses, his agent said Friday. An $8 million signing bonus is part of more than $20 million guaranteed, agent Jimmy Gould said.

Parker had signed a $10 million, two-year contract in March, and the fifth-year veteran has rewarded the Dolphins' faith with 882 yards receiving and six touchdowns, both career highs, on 55 catches.

Going into this season, Parker was widely considered an injury-prone first-round bust. But he has become the best offensive player for Brian Flores, Parker’s third head coach in Miami.

“DeVante wants to be part of what Brian Flores is building,” Gould said. “He loves the organization and he loves the coaches, and this is where he's dedicated."

The Dolphins are 3-10 in Flores' first season. The 6-foot-3 Parker has provided many of the highlights for an inconsistent offense thanks to his knack for out-leaping defenders to make catches.

At 26, Parker has embraced acupuncture and other treatments to help stay healthy, and he has a chance to play in every game for the first time. He and receiver Albert Wilson are questionable for Sunday's game at the Giants because they're in the concussion protocol, but both practiced fully Friday.