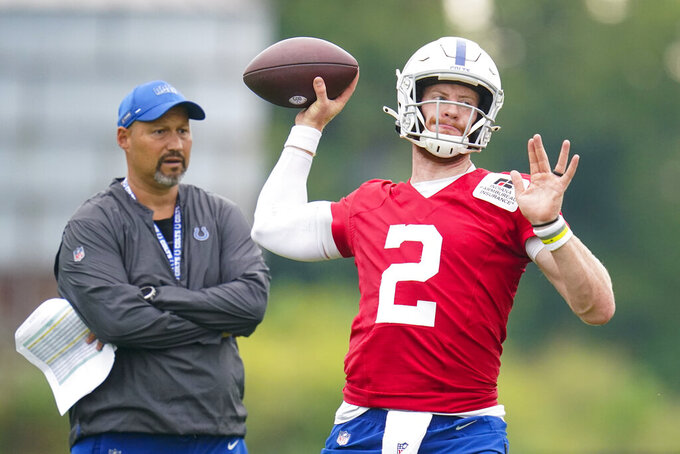 WESTFIELD, Ind. (AP) — The Indianapolis Colts signed veteran quarterback Brett Hundley on Saturday, one day after the team said projected starter Carson Wentz would be out indefinitely with an injured foot.

Hundley was drafted by Green Bay in the fifth round in 2015. The 6-foot-3 UCLA product has played for the Packers, Arizona and Seattle.

The Colts opened camp with four quarterbacks but only one, Wentz, who had thrown an NFL pass.

Offensive coordinator Marcus Brady said Wentz was injured late in practice Thursday. He sat out Friday when Eason took most of the snaps with the starting lineup. The Colts drafted Eason out of Washington in the fourth round in 2020.

The only other active quarterbacks are Sam Ehlinger, a sixth-round pick in April, and Jalen Morton, who played at Prairie View A&M before being cut in camp last season by Green Bay.

Indy also signed 6-3, 295-pound defensive tackle Joey Ivie. Dallas drafted Ivie in the seventh round in and he's made eight appearances in a career that has taken him to Tennessee, Kansas City, Seattle and Atlanta in addition to the Cowboys.