Jags put CB Hayden on IR, could get S Wilson back vs Texans 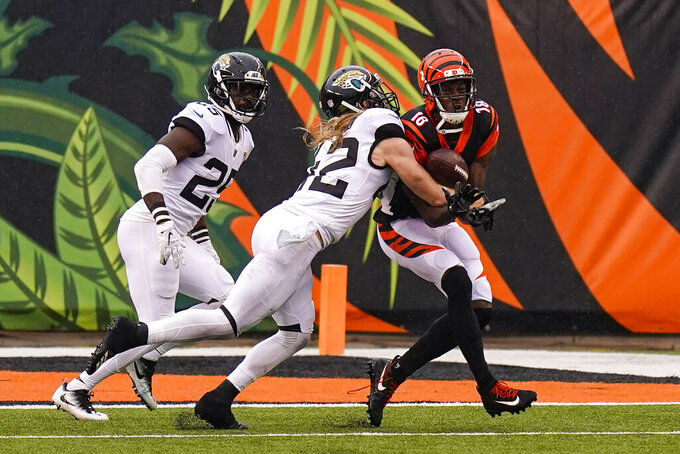 JACKSONVILLE, Fla. (AP) — The Jacksonville Jaguars placed cornerback D.J. Hayden on injured reserve Wednesday because of a hamstring injury. Hayden will be eligible to return in three weeks, after missing games against Houston, Detroit and the Los Angeles Chargers.

Without Hayden, the Jaguars (1-3) are expected to slide third-year pro Tre Herndon into the nickel cornerback role on passing downs and have rookie Chris Claybrooks or Sidney Jones play outside opposite rookie CJ Henderson.

That's assuming Henderson (shoulder) can play against the Texans. He was one of three starters to miss practice Wednesday. Linebacker Myles Jack (ankle) and defensive end Josh Allen (knee) also sat out.

Jacksonville did get safety Jarrod Wilson (hamstring) back in a limited capacity. The team designated him for return from injured reserve after missing three games.

an hour ago
By Pat Graham 3 hrs ago
By Arnie Stapleton 7 hrs ago
By W.g. Ramirez 10 hrs ago
By Brett Martel 11 hrs ago