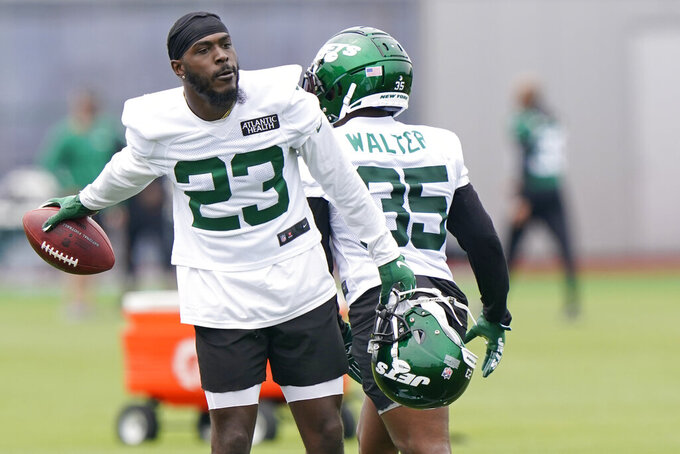 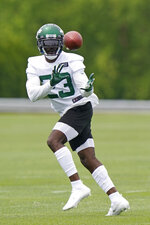 But the New York Jets running back is feeling healthy again and confident as ever, even if some might wonder if he can be a consistently productive playmaker at this stage of his career.

The 28-year-old Coleman is at an age when many running backs begin to see a noticeable decline in their production, with age and injuries combining with countless hits and handoffs to sap the skills that made them stars. A sprained knee and a shoulder injury limited Coleman to just eight games with San Francisco last season, when he ran for a career-low 53 yards on 28 carries and caught just four passes for 34 yards.

When the 49ers didn't re-sign him, Coleman found a new opportunity — and a chance for a big comeback — with the Jets after signing a one-year, $2 million deal with New York in March. And he has been feeling like his old self during organized team activities.

“I’m back to 100%,” Coleman declared. “I definitely had a lot of things going on from last year with my knee, my shoulder and things like that. But yeah, I’m 100% and everything’s going good.”

Coleman has a chance to be a lead running back again on a team that doesn't have a clear-cut No. 1 at the moment. He's among a group that includes veterans Ty Johnson and Josh Adams, rookie Michael Carter, second-year back La'Mical Perine and special teams ace Austin Walter.

“All of them have a unique skillset in terms of they’re all a little bit different,” offensive coordinator Mike LaFleur said.

LaFleur and head coach Robert Saleh certainly know what Coleman is capable of when healthy, having seen him up close in the 49ers' offense the last two years.

“He’s pure gas,” Saleh said. "When he gets the ball in his hand and he makes that one cut, it’s like he's shot out of a cannon. He’s got tremendous speed, he’s got a tremendous mindset when the ball is in his hand, in terms of breaking tackles, falling forward, creating positive yardage.

“And, his leadership, his on-the field-demeanor, just all of it, his practice habits, he represents what we covet.”

Coleman spent his first four NFL seasons in Atlanta after being a third-round pick out of Indiana in 2015. He quickly emerged as a dual-threat weapon out of the backfield, running for more than 500 yards and catching more than 25 passes in each of his last three years there.

His offensive coordinator his first two years with the Falcons was Kyle Shanahan, who reunited with Coleman in 2019 as San Francisco's head coach. During his two seasons with the 49ers, Coleman was part of a revolving-door committee of running backs that also included Raheem Mostert, Matt Breida, Jeff Wilson, Jerick McKinnon and Jamycal Hasty in Shanahan's outside zone-rushing scheme.

That's also the type of system — which relies in large part on running backs being able to quickly bounce to the outside or hit holes — LaFleur is expected to run in New York.

“It definitely been been a good transition, a pretty easy transition,” Coleman said. "The offense has been kind of the same as San Fran in that they’re doing different things to make sure we get the ball and we can make plays in the offense."

And as long as he's healthy, Coleman believes he can be a perfect-type fit in the Jets' offense while helping rookie quarterback Zach Wilson move the ball up and down the field. Whether that's taking handoffs or catching passes as a playmaking safety valve.

NOTES: Saleh said he expects to see every player next week at the team's three-day mandatory minicamp, including S Marcus Maye and WR Jamison Crowder — both of whom are negotiating contracts. ... The Jets signed S Sharrod Neasman and placed OL Parker Ferguson on injured reserve. Neasman spent the last three seasons in Atlanta, where he was with current New York defensive coordinator Jeff Ulbrich. Ferguson was signed as a undrafted free agent out of Air Force last month. ... Saleh wore a New York Islanders jersey during his Zoom call with reporters. The Jets coach attended a recent playoff game with his family. Several players, including Wilson, have also been at a few Islanders postseason games. “I support all New York teams,” said a smiling Saleh, who also attended a Knicks playoff game at Madison Square Garden.