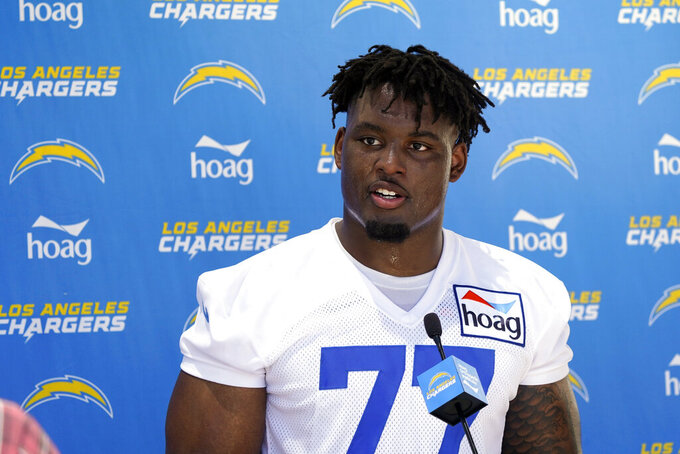 The Chargers announced the deal Firday with the guard getting a standard four-year deal with the team holding a fifth-year option.

The 17th overall pick in last month's NFL draft, Johnson is expected to be the starter at right guard when the Chargers open the season at home against the Las Vegas Raiders on Sept. 11.

“He fits the style of lineman that we want. He was off to a good start out there. We just expect him to give it his best," Staley said. "We know that he’s good enough. He will be able to improve because we know what he’s going to put into his game. We really feel like he’s going to be a tremendous asset for our offense.”

The Chargers have signed six of their eight draft picks. Safety JT Woods (third round) and running back Isaiah Spiller (fourth round) remain unsigned.